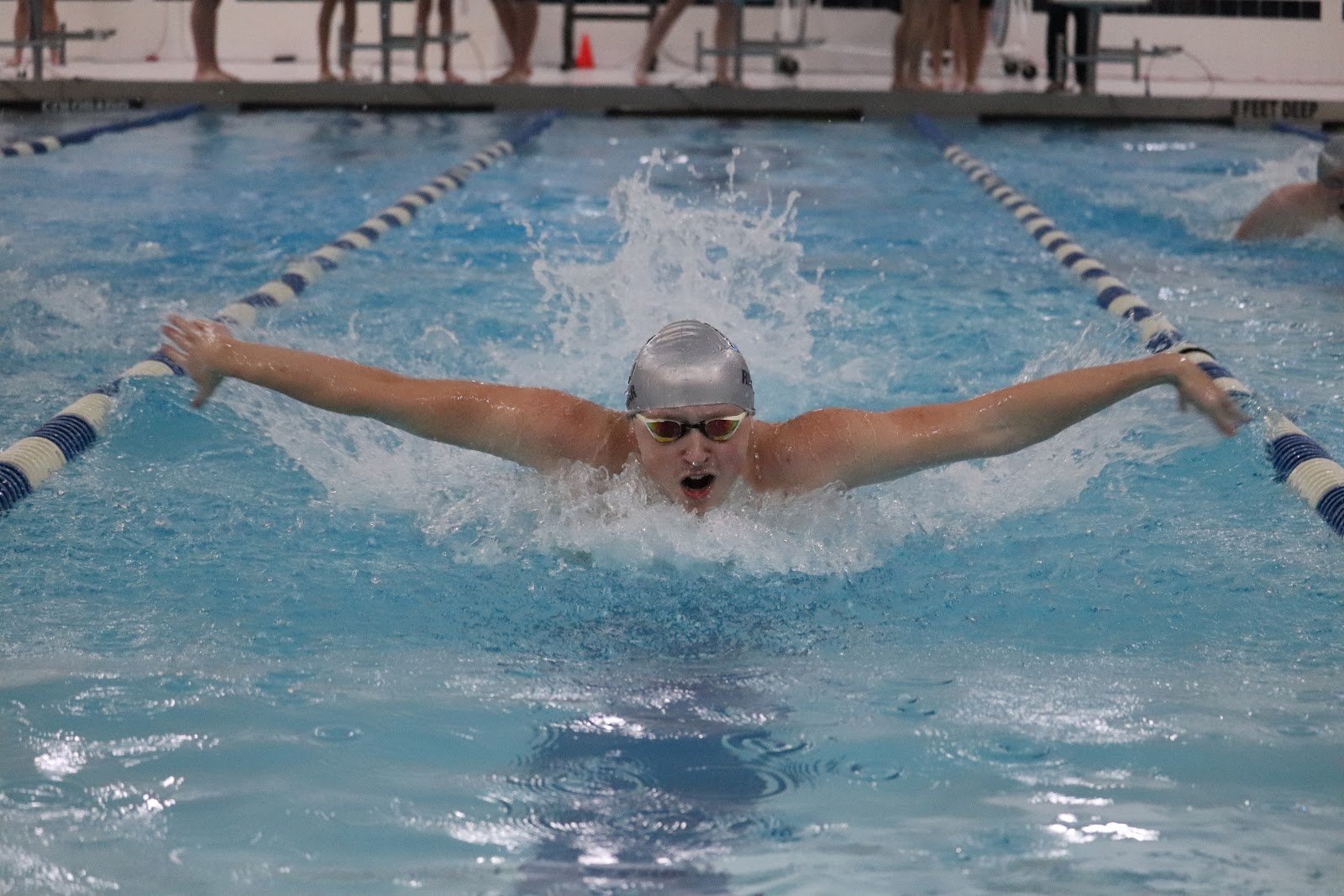 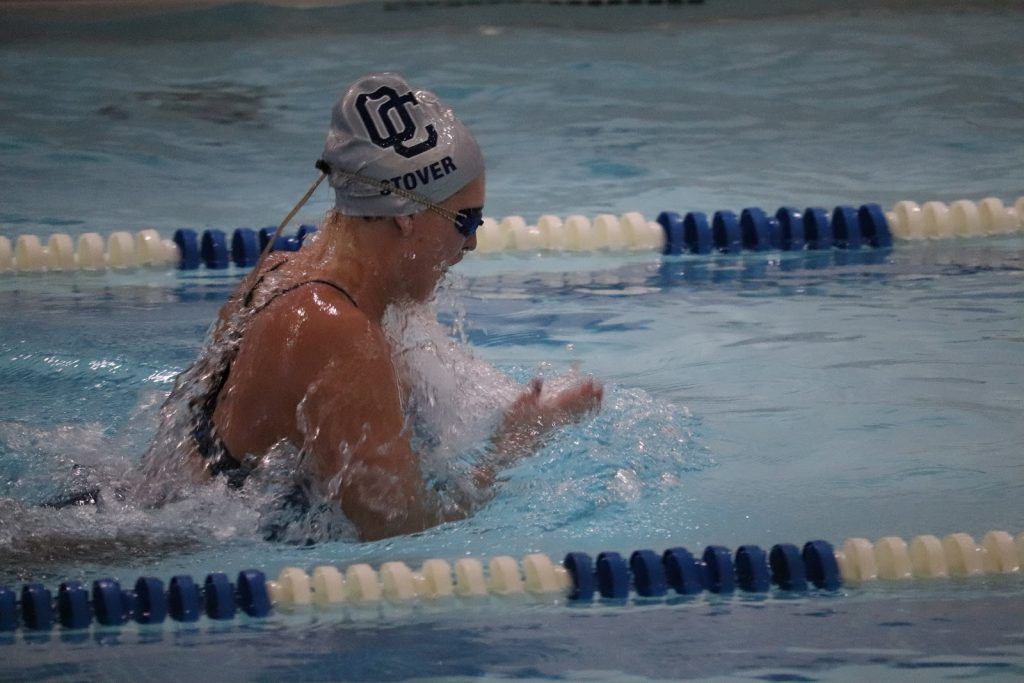 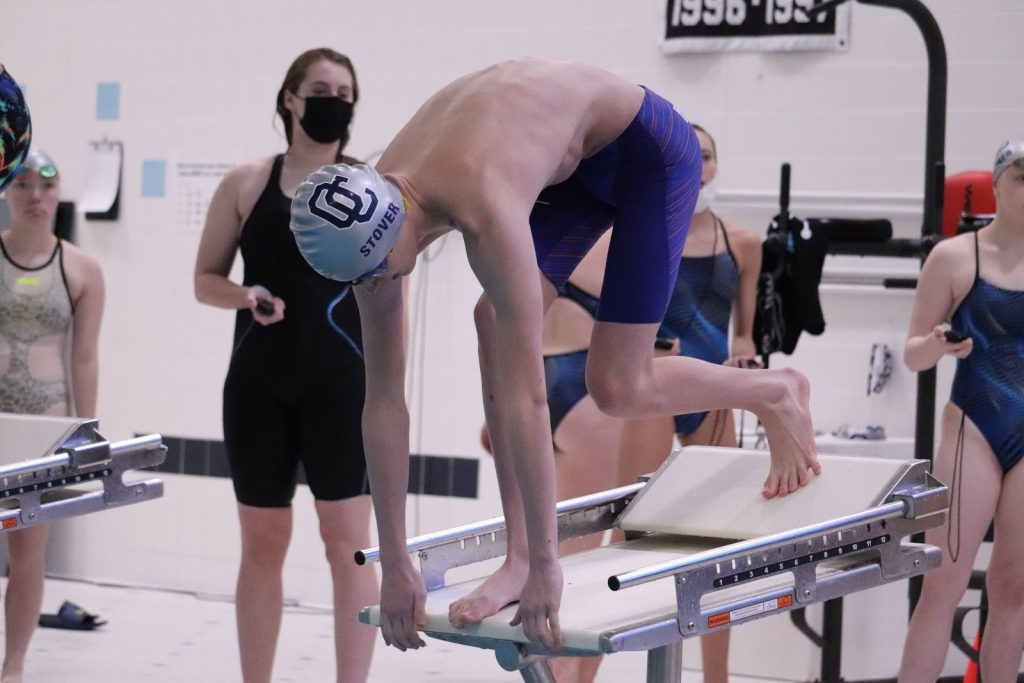 Cranberry Freshman Caleb Stover waits on the block about for the 50 freestyle. 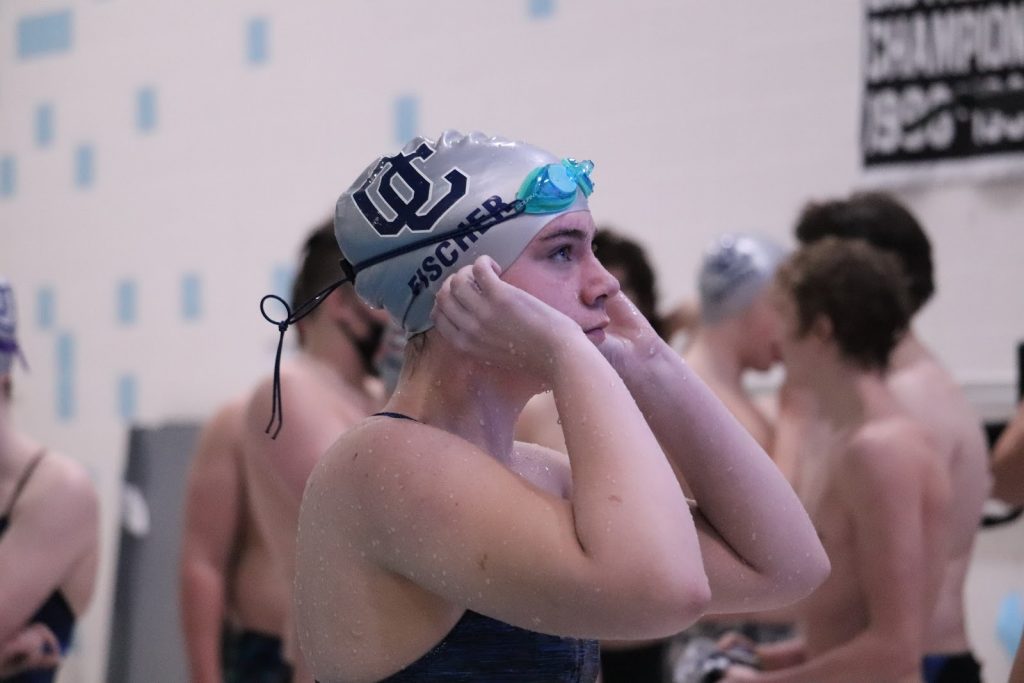 Cranberry Sophomore Julia Fischer checks her time after swimming a leg in the 400 freestyle relay. 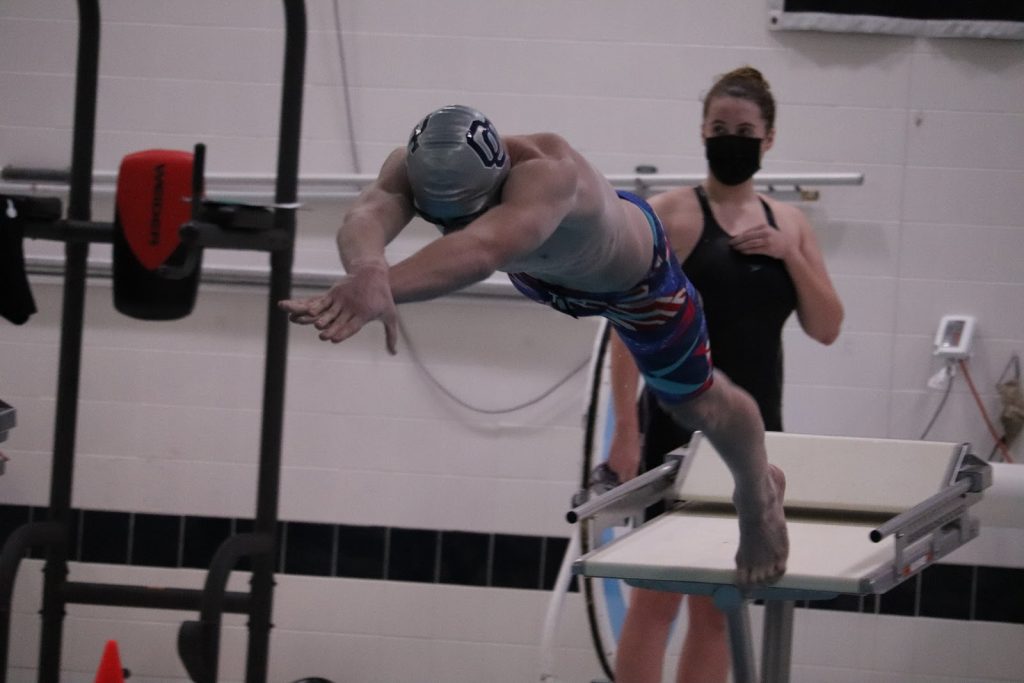 Cranberry junior Micah Wry dives in for the 200 freestyle.

Despite the challenges faced due to COVID-19, the Oil City and Cranberry co-op swim team has had an amazing season.

In the past season, three swimmers in particular have excelled and taken home many victories.

Caleb Stover, a Cranberry High School freshman, secured a win in the 100 butterfly, as well as swimming one leg of the 400 relay alongside Nick Richar during the Region 1 meet against Franklin. Stover went on to participate in and assist in winning the 200 free relay and take second place in the 100 butterfly against Hickory.

Cranberry junior Morgan Stover attended states last season and took many victories throughout the 2020 season, and she has managed to keep up her momentum in the 2021 season.

Senior Nick Richar has also led a very memorable swim career, even attending states twice. Last year, Nick competed at the state level for swimming, and he placed in many events he participated in. This season, Richar has taken many victories to aid his team.

During the Franklin Region 1 meet, Richar claimed first in the 200 I.M., the 100 backstroke, as well as the 200 medley and the 400 freestyle relay. Richar was a member of the victorious 400 freestyle relay team that swam against Titusville and a triple winner for the boys meet against Slippery Rock. Richar also snagged wins in the 200 free, the 100 breast, and the 200 free relay. During the Hickory meet, Richar won 3 events including the 200 medley relay, the 100 freestyle, and the 100 backstroke.

The girls will end the season with a record of 12-1-1, and the boys with 12-2. Four Cranberry swimmers will continue on to compete at districts including Nick Richar, Logan Richar, Morgan Stover, and Caleb Stover.

Audrey Frazier and Ava Fischer are students at Cranberry High School and members of Cranberry Chronicles, the school’s journalism/publications class.