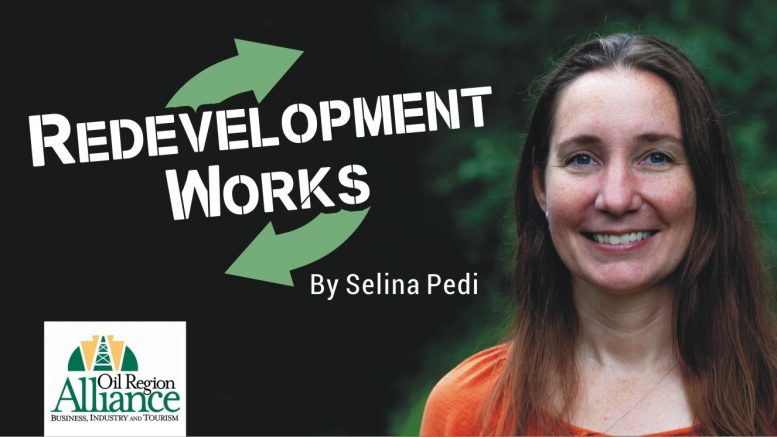 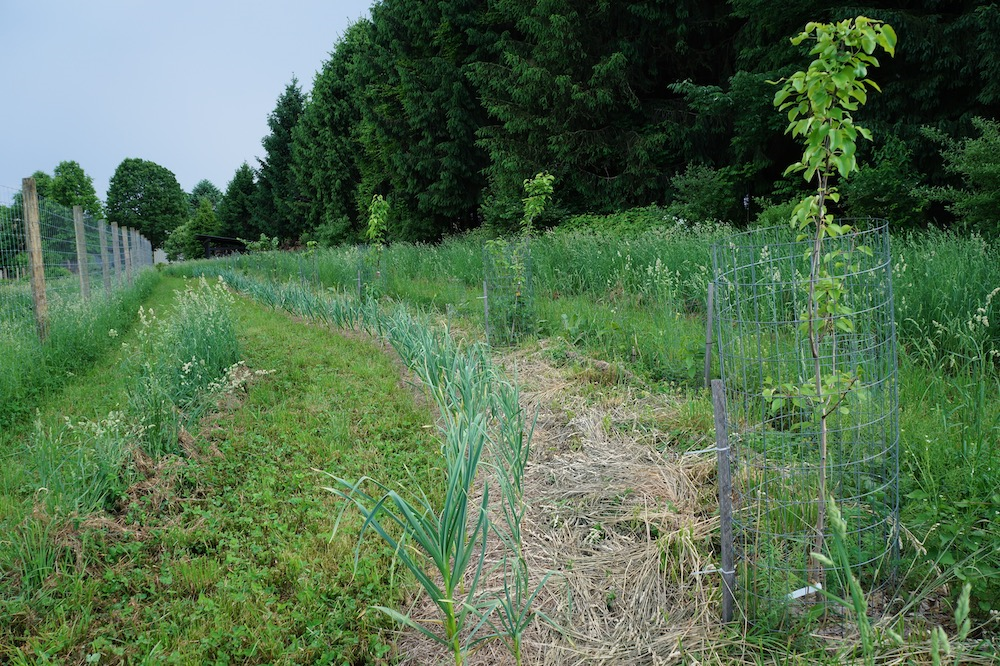 This is an example of alley cropping courtesy of Swallowtail Farm in Mercersburg. (Photo provided by Tracey Coulter)

Last week’s Redevelopment Column introduced the concept of agroforestry and how it is often defined by specific practices. In the mid-Atlantic and Northwest regions of the country, there are ongoing efforts to plant riparian buffers to enhance water quality and protect fisheries. In the Midwest, thousands of miles of windbreaks were planted to protect farms and communities after the Dust Bowl devastated the region. These efforts are reflected in the number of farms that report practicing agroforestry in these areas.

The 2017 National Agricultural Statistic Service (NASS) Census of Agriculture asked farmers to respond if they practiced “alley cropping, silvopasturing, or forest farming,” or if they utilized “riparian forest buffers or windbreaks” at any point in the year. In Pennsylvania, 1,657 farms said “yes” to this question, representing about 3.1% of farms in the state. In fact, although 11,000 farms across the nation responded positively to the question, the largest number of positive responses were right here in the Keystone State. But what does agroforestry look like on the ground? How do you know if you are practicing agroforestry?

I confess to being a tree nerd – more specifically I’m a huge fan of chestnuts. I grew up outside the range of the American chestnut, but, when I moved to the Appalachian region, I learned that Native Americans and early settlers intentionally tended stands of these trees, even though they might not have considered themselves forest farmers. Chestnut groves attracted wildlife and provided nuts to be harvested for food and livestock fodder, as well as a cash crop that could be sold in cities.

More recently, dairy farmers in Lancaster County planted trees into their livestock pastures, intentionally integrating “tree fodder”, fruits, or foliage from mulberries, black locust, honey locust, and willows. One farmer in New York rotationally harvests black locust in his pastures. He sells the poles for fence posts, and when the trees resprout, they provide easy access to the foliage for his Angus cattle. Studies have shown that filtered light from species like black and honey locusts can enhance forage production as well as shade livestock. Some chestnut farmers flash graze turkeys or pigs through their orchards after the harvest season, which integrates pest management right into crop production. Intentionally combining trees and forage, as well as rotationally grazing livestock, in this way make up the practice known as silvopasturing.

As a final forest farming example, I know of a farmer who practices alley cropping (also known as intercropping).  He planted raspberries between rows of newly established chestnuts. Knowing that it would be years until his chestnuts came into production, he planted the berries to have a marketable crop in the meantime. In Adams County, a farmer planted pumpkins between rows of newly planted apple trees, thus providing a cash crop and reducing mowing between tree rows. Farmers in Franklin County interplant black locusts in rows of chestnuts. Not only do the chestnuts benefit from the nitrogen-fixing capabilities of the locusts, but the local buck population seems to prefer rubbing on the locust over the chestnuts!

This year, the NASS survey will delve more deeply into how farms are implementing agroforestry by singling out specific practices. Do you consider yourself to be a “forest farmer?” If you tend mushroom logs, leek plots, ginseng beds, or berry patches, manage favorite stands of hickories or walnuts, tap trees for sap, combine trees, forage, and livestock, or intercrop between grazing strips, you certainly are!

This article was written by Tracey Coulter, a former DCNR state agroforester, who is in private consultancy and working with ORA on agriculture-based projects.