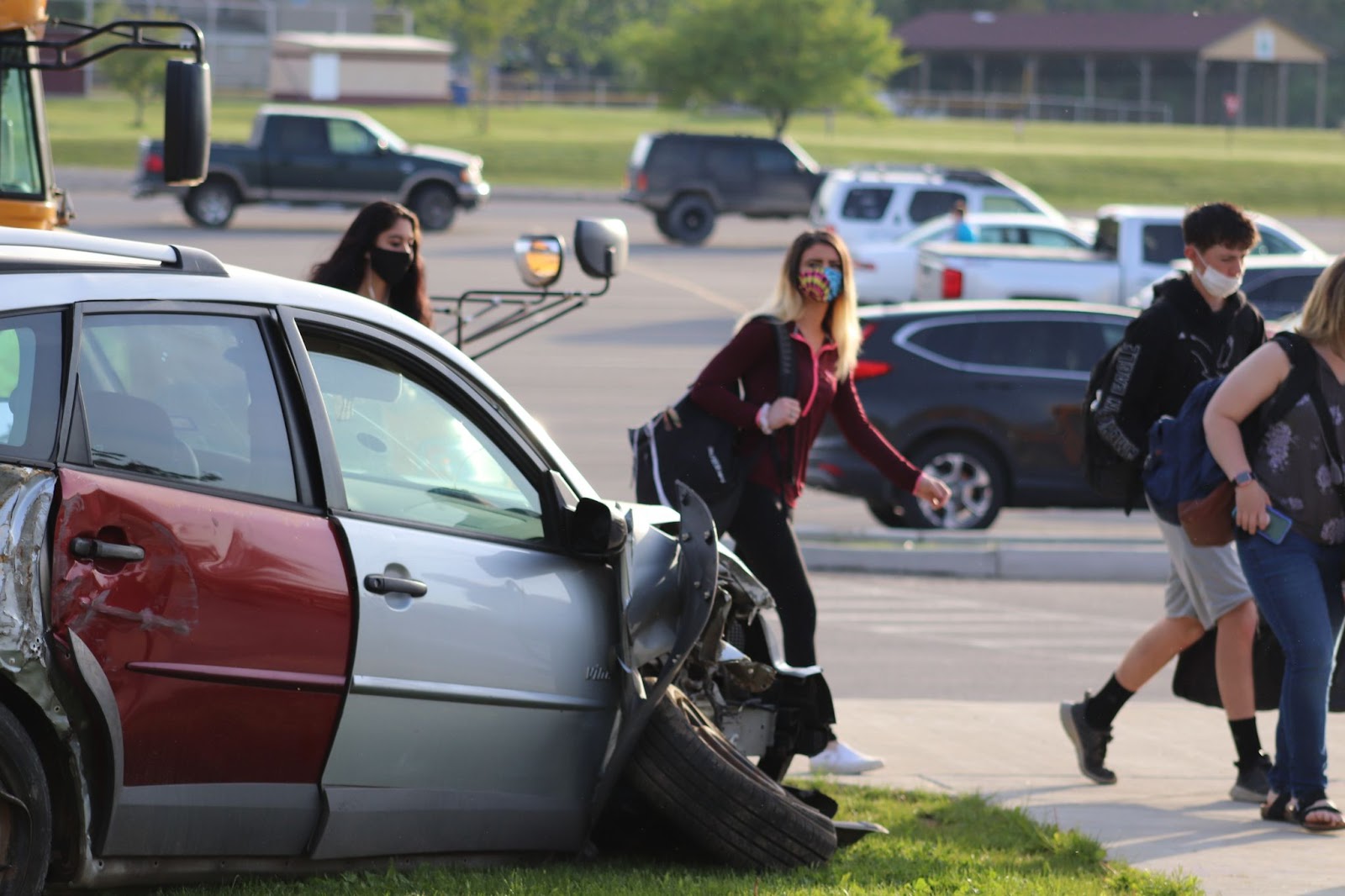 As students got off of buses at Cranberry High School on Friday morning, they saw a wrecked car as a reminder to not drive distracted or impaired. The car was provided by Minich’s Towing and Recovery in Oil City. (By Ava Fischer/Student contributor)

By DEVIN ZERBE and ASHTON WEAVER

Cranberry High School concluded its annual safe driving week on Friday, and it’s once again apparent that it has had a positive effect on students.

Teachers helped by showing their students videos, and journalism students worked tirelessly to put together an educational and engaging experience for their peers.

While safe driving week may have become a usual event at Cranberry, its purpose is much more important than simply tradition. The goal is to educate current and future student drivers about the dangers that are commonly presented while driving, and how they can lower the risk of getting involved in an accident.

Facts like these prove why educating young drivers is so important, and they have to be brought up to show just how much responsibility is needed when driving a vehicle. 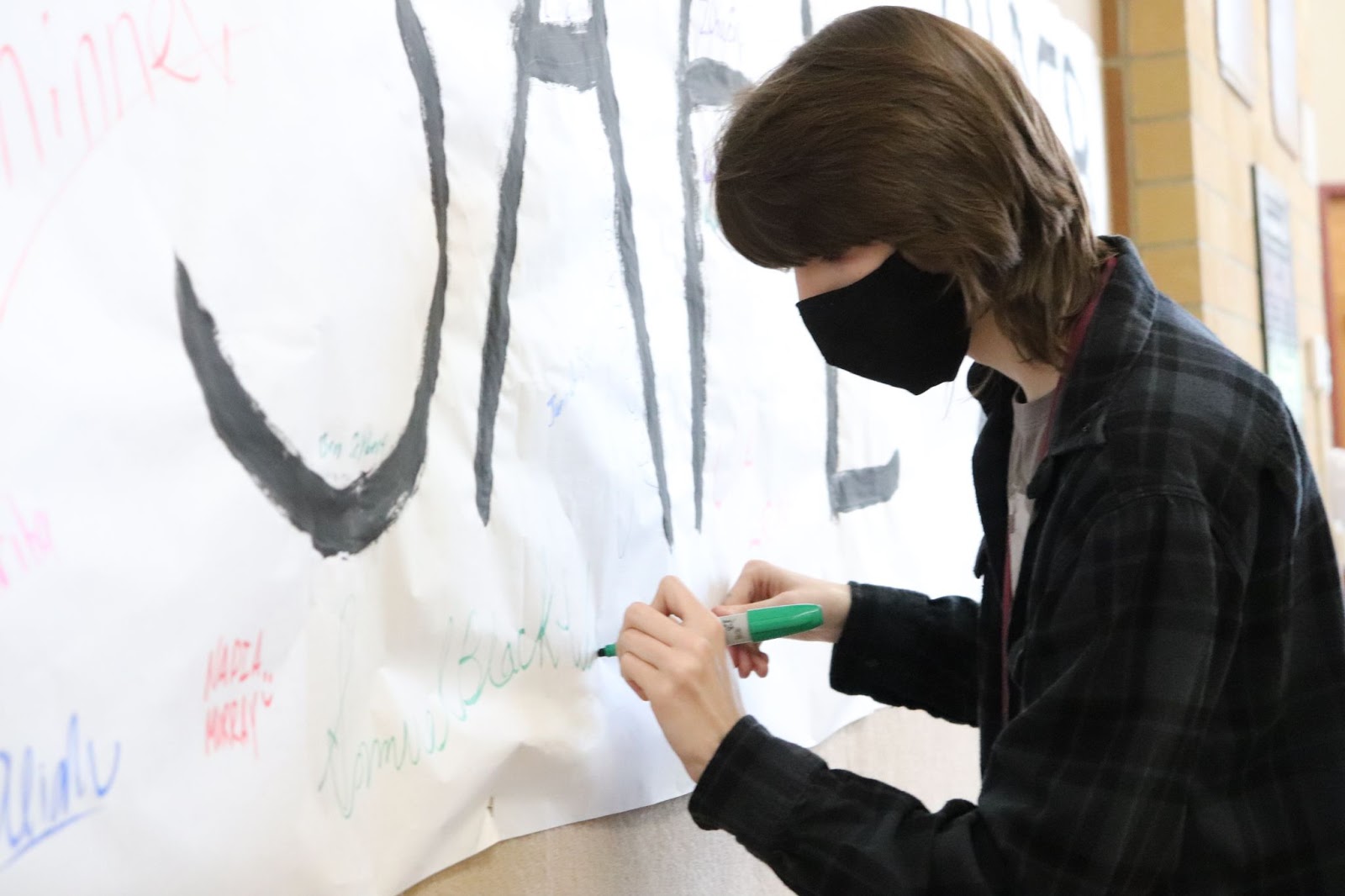 Sam Black-Wigren, a senior at Cranberry High School, signs the “I pledge to be a safe driver and rider” banner. (By Ava Fischer/Student contributor)

The activity that most students participated in was signing the safe driving pledge. During lunch periods, students had the opportunity to sign their names on a pledge that made them promise to be safe and responsible drivers. While simple, this allows them to consciously make the decision to attach their name to something that they may remember and feel accountable for every time they’re in the driver’s seat of a vehicle.

Throughout the week, a group of students was given the opportunity to use chalk to write information or messages regarding safe driving on the sidewalk leading up to the school, which all of their peers would see when they were entering or exiting the building.

On Friday, students were greeted by another interesting sight on the sidewalk, as a car taken from a real accident was placed in front of the school. This served as an example of the harsh realities of unsafe driving, and any student who took a closer look at what was left of the vehicle could certainly attest to this.

As part of the fourth and final activity, students were given the chance to wear a pair of “drunk goggles,” which impaired their vision to simulate the experience of being intoxicated. They were then tasked with walking along a straight line, which the majority of them failed to complete. This opened their eyes to just how hard it is to maneuver while under the influence, and as Sophomore Ryan Hanna stated, “there’s no way I’d get in a car if I saw things like that.” 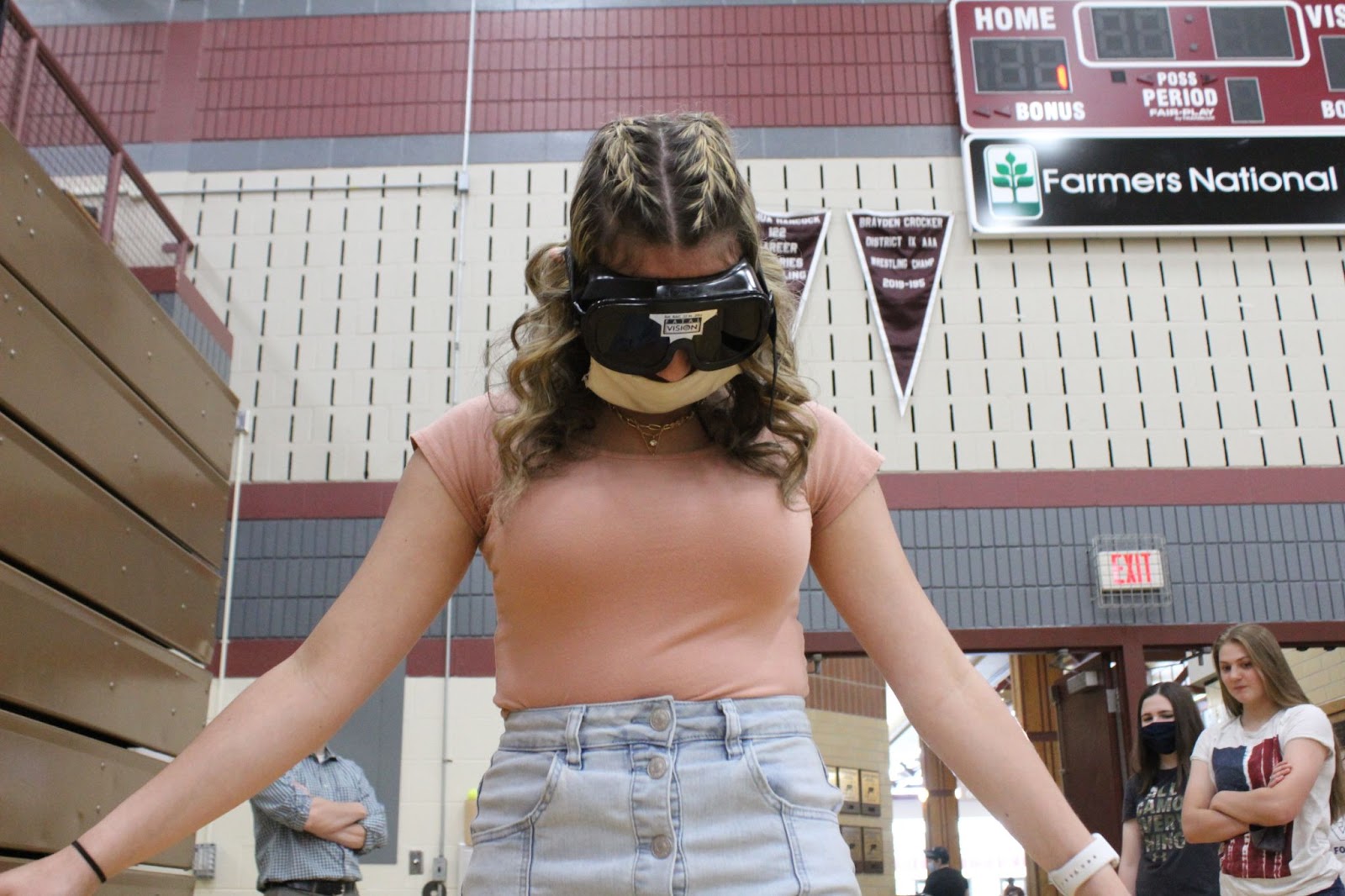 Overall, the purpose of safe driving week isn’t just to educate students on the dangers of distracted driving or driving under the influence. It’s also meant to teach students how they can drive safer, and how to hold themselves accountable for their actions while they’re behind the wheel.

Whether they know it or not, Cranberry’s safe driving week could someday help save a life.