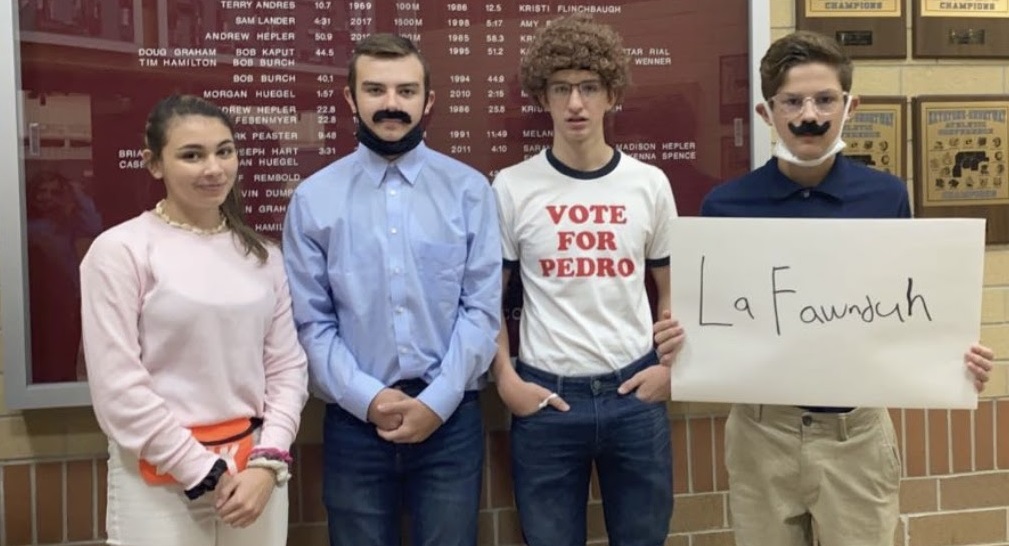 “The need within our community was becoming a burden on our local food pantry. They did not come to us for help, but I had a family member involved in the organization, and upon talking with them I could see they needed help.” stated Julie Buckholtz, Cranberry Elementary’s library aide.

Upon hearing about a problem in the community, Cranberry School District came together to solve it. Cranberry’s local food bank was struggling to keep up with the number of people in need. Staff throughout the district could see this problem and felt the need to help.

Buckholtz founded a program in 2009 to help support our community called the 4C program, Cranberry’s Campaign for Community Care. This program allows staff to wear jeans on Fridays for a donation of $5.00; they collected this money for 9 weeks with all proceeds going to a good cause.

Buckholtz also initiated “A Week of Giving,” which was a fun way to get students and staff at Cranberry Elementary involved. The week involved sending an envelope home with every student, allowing them to bring in a donation. Students were also invited to spread the word amongst family and friends. Students and staff were encouraged to dress in fun ways throughout the week, according to the day’s challenge. Finally, students and staff all were invited to wear pajamas on Friday.

The student and family contribution was $1,425, along with staff raising $773.94. Including all donations from students and their families, staff, and jeans day donations, a total of $4,093.94 was donated on Friday, Nov. 20.

School nurse Amy Hale, a member of the Care Team, brought the idea of raising money for the food pantry to Cranberry High School.

She spoke to English teacher Heather Motter, who then brought the idea to Cranberry’s high school student council. The students immediately began thinking of ways to make the idea fun for everyone. The students finally decided on a costume contest. This involved students walking across the stage showing off their costumes while Cranberry’s Journalism class live-streamed the event to every homeroom class to watch. Students paid $1 to enter the contest and 25 cents to vote on their favorite costume. The students and staff with the most votes won the contest and received a prize donated by the Care Team. The winners of the contest are pictured above.

The total amount raised by Cranberry High School was $332, which was donated to the food pantry in early November.

Audrey Frazier is a student at Cranberry High School and a member of Cranberry Chronicles, the school’s journalism/publications class.