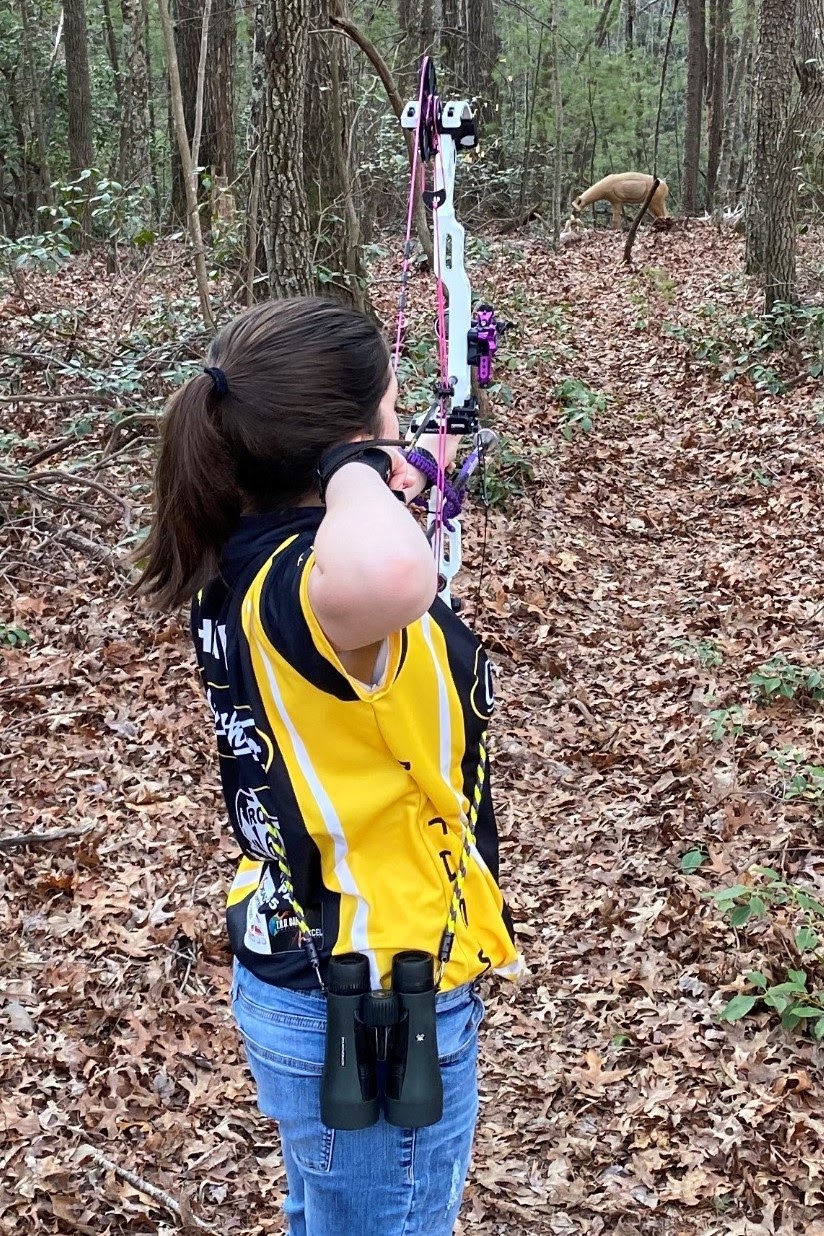 Cranberry High School is home to a diverse population of students gifted in a variety of activities. Alexis Dehner has developed her archery skills for years, and on March 12-14, she competed in the Winter Nationals archery competition in Mt. Airy, North Carolina. Dehner excelled in the competition, achieving second place overall.

Dehner first became aware of this competition back in November, and in preparation for Nationals, Dehner made sure to dedicate time to improving her performance in both the physical and mental components of archery. She also participated in smaller shoots at Rainbow Bowmen for further experience.

“To prepare for the physical aspect, I did a lot of shooting at Route 157 Archery World and exercises to work on my strength and endurance. To prepare mentally, I talked to a few professional archers and worked on maintaining a positive mindset,” Dehner explained.

On Friday, March 12, Dehner made her way down to the Bowhunter Defense Course to warm up prior to starting the first course of the competition around 8 a.m. Although Dehner had been preparing for months, there were still some pre-competition jitters. She didn’t want to disappoint her family, friends, or sponsors, including Route 66 Sporting Goods, TRU Ball/AXCEL, Dead Center Archery Products, and Rogue Bowstrings.

“I was a little nervous because it was my first major event of the year, but I really tried to keep calm by reminding myself that I did everything I could. Life was going to go back to normal regardless of how I ended up shooting.”

The first half of the competition displayed Dehner’s standard performance. Following the completion of the first two courses, Dehner had earned a 102 and a 103, putting her up 5 for the half.

However, after a brief break, the second half of the competition wasn’t going as planned. Dehner’s first shot was off, and although she rarely moved after just one bad shot, she knew that she had to adjust her sight. Multiple adjustments were required to get the situation under control, leaving Dehner with a score of 97. She managed to perform well on the last course, though, receiving a 104 by the end of the second half.

Dehner ended up earning 406 points with sixteen 11’s overall. She was well aware of her comeback, but at the same time, whether or not she got on the podium was up in the air. To Dehner’s astonishment, she had achieved second place overall.

Dehner attributed her success to her friends and family who have not only supported her, but those who have assisted Dehner in maintaining a positive mindset and attitude.

Reflecting back on her performance, Dehner wished that she would have shot more outdoor courses beforehand to improve her ability to judge distance outside, but she was still very proud of her performance.

Dehner plans to participate in Winter Nationals at Mt. Airy again next year, but before she reaches that point, Dehner planned to compete in the IBO Spring Nationals on April 9.