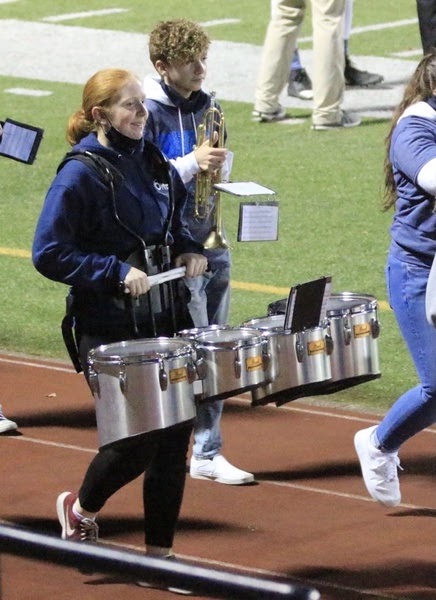 For the second time in 20 years, a Cranberry High School student has secured a spot in the Pennsylvania State Band Wind Ensemble.

Lauren McTiernan, a junior at Cranberry High School, has earned herself a place in State Band through her exceptional skills as a percussionist.

McTiernan has been a member of Cranberry’s band for several years, as well as the drumline section leader for the Oil City High School Oilers Marching Band. Through time and dedication, McTiernan has been able to hone her drumming skills.

McTiernan attributes her success to those who have encouraged her along the way, including her band directors, friends in band, and her family, as well as to a combination of hard work and private lessons.

Regrettably, McTiernan will not be able to enjoy the typical experience of being in State Band as a result of COVID-19 restrictions. The virtual audition process is less than pleasant, no festival will be held for State Band, and only one song will be recorded. However, McTiernan has tried to look on the bright side and is still thankful for the opportunity to make history at Cranberry.

“At least they’re doing something, and I wish there could be more,” McTiernan commented, “It’s a big bummer, and I wanted to go to the festival… but I still got the title.”

Michael Poff, the band director at Cranberry High School, is more than ecstatic knowing that one of his “bandies” has been accepted into State Band. He credits the success to “Lauren’s hard work and dedication.”

McTiernan is proud to say that she will be playing the bells and tom-tom at the virtual State Band Festival this week. Results will be known late next week.

Even if the situation is less than ideal, McTiernan has hope for a brighter future as a “bandie” during her senior year.

Bo Myers is a student at Cranberry High School and a member of Cranberry Chronicles, the school’s journalism/publications class.