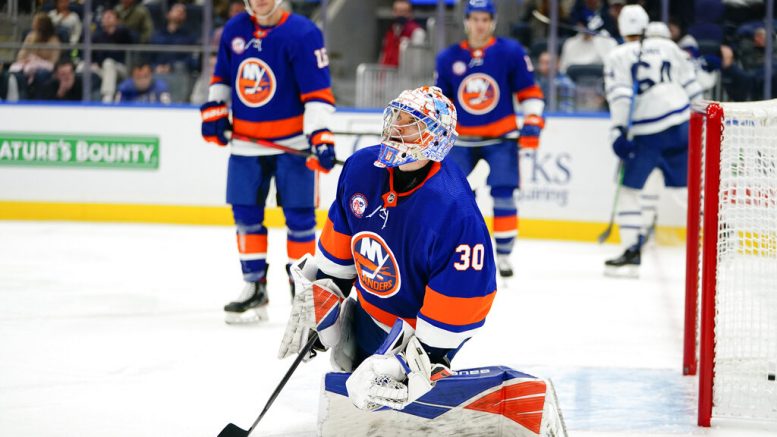 Bruce Boudreau does not believe in the NHL’s Thanksgiving rule.

Which teams occupied playoff spots on the annual U.S. holiday had long been a strong indicator of who makes and misses the postseason. Recent 82-game seasons have put cracks in that theory, and a number of high-profile injuries and COVID-19 protocol absences make it even less of a factor this year.

“It’s an inordinate amount of injuries that seems to (happen) every day and with the COVID and everything else, the deadline seems a little premature, I would think,” Boudreau said. “But you’re asking the wrong guy. I’ve always believed you could make the playoffs.”

Boudreau coached the Anaheim Ducks to the Pacific Division title in 2015-16 after sitting four points out of a playoff spot on Thanksgiving. He also took over the Washington Capitals when they were last in the league on Thanksgiving in 2007 and won the Jack Adams Award as coach of the year for guiding them to the Southeast Division championship.

Is there a team that could pull off a similar worst-to-first run this season? Maybe the New York Islanders from last place in the Metropolitan Division — considering they opened with a 13-game road trip and have been without captain Anders Lee, forwards Josh Bailey, Kieffer Bellows and Ross Johnson and defensemen Adam Pelech and Andy Greene (all COVID-19 protocol), and defenseman Ryan Pulock because of injury.

The Islanders have lost 10 of their first 15 games.

“Obviously this isn’t what we envisioned coming into this season with our record where it’s at and the things that have been thrown at us as of late,” veteran forward Matt Martin said. “I wouldn’t say there’s a sense of panic. But there should be a sense of urgency. We know we’re a good hockey club.”

Ray Ferraro is more worried about the Islanders than, say, the Pittsburgh Penguins, who also lost 10 of their first 15 games without center Evgeni Malkin and were missing captain Sidney Crosby for long stretches before a winning streak boosted their chances. The former player-turned-ESPN analyst thinks the offseason attrition of losing Jordan Eberle to the Seattle expansion draft and Nick Leddy in a salary-cap saving trade has cut into New York’s depth.

Still, Ferraro concedes, “The Islanders, yeah, there’s lots of road left in front of them.”

Upcoming games against the division rival New York Rangers, Penguins and Philadelphia Flyers give the Islanders an opportunity that could make or break their season.

“I’ve got to believe the Islanders are better than their record shows,” Boudreau said. “That’s a team that can easily go on a seven-game win streak over the course of the year and be right back.”

If the Islanders or Boston in the East or Colorado in the West are going to get into playoff position, someone has to falter. Maybe the young Rangers or Blue Jackets in the East or Anaheim or Nashville in the West.

“It’s going to be hard for Anaheim to take as big a step as they’ve taken already apparently in the first 20 games,” Ferraro said. “Troy Terry’s not going to score every game, although it sure seems like he’s going to. They’re going to need offense past that top line, and will they get it?”

The past two times the NHL had an 82-game season, 12 teams in playoff position on Thanksgiving actually made the postseason in 2018-19 and 11 in 2017-18, including the Vegas Golden Knights in their inaugural year. The expansion Seattle Kraken would need a Boudreau-esque leap from 10 points out to do the same thing.

That’s unlikely but not impossible given all the uncertainty and the extra variable of the Olympic break in February.

“I think there’s an unpredictability to the season,” Ferraro said. “I think there’s some wild swings that could happen to teams, more so this year than would have been in the past.”

Alex Ovechkin’s goal against the Kraken on Sunday completed his sweep of scoring against each of the NHL’s other 31 teams. The Washington Capitals captain has his most against the Tampa Bay Lightning: 49 in 74 regular-season games.

GAME OF THE WEEK

The Rangers visit Boston for the NHL’s annual “Thanksgiving Showdown” matinee on Friday.

By JAMIE HUNT Contributing writer State and local government officials, representatives from the Oil Region Alliance and the Oil City Main Street Program, along with…

PITTSBURGH (AP) — Ben Roethlisberger knew what was coming. Call it the byproduct of nearly two decades spent in the familiar rhythms of an NFL…

Tomlin: Time for Steelers to put up and shut up