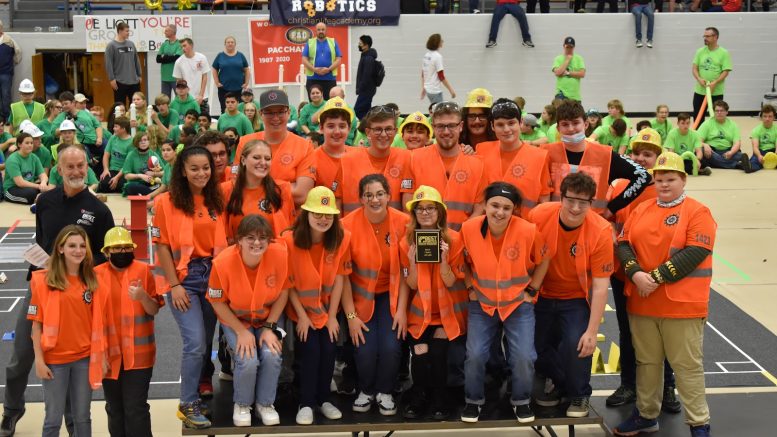 A few months ago, Cranberry High School’s Berry Botics was given the opportunity to compete at the BEST Robotics Regional Competition. This competition took place at Grove City College on Oct. 22 and 23, 2021.

The theme of the competition was “Demo Daze,” and the challenge was to build and market a robot able to break down infrastructure and retrieve the pieces for reuse. The team itself is made up of several factions, each of which works separately to make sure all bases are covered for the competition. The Build Team consists of members that design, construct, and program the robot. The Marketing Team, on the other hand, is tasked with selling their product by giving a convincing argument as to why their robot is a valuable asset. The robotics team as a whole is overseen by Dan O’Brien, Zach Bedee, and Gayle Mitchell.

The competition occurs over the course of two days, the first of which included the marketing competition. The biggest challenge for the marketing team was to build a booth, similar to what would be seen in a trade show, that would draw people in and clearly demonstrate their brand. When working the booth, students were expected to engage with people and talk about the features of the product and the company in order to impress a panel of judges. Marketing students also had to create a company logo, find sponsors, and work to educate the community on their brand. Amber Holt, a senior, received an award for the video that she made for the marketing portion of the competition.

The second day of the competition consisted of several trials of the robot, ensuring that it can complete the tasks that it was designed to do. From designing a rack and pinion system for light poles relocation to constructing multi-use four-prong electric servo claws, the team had many obstacles to overcome in addition to completing an engineering notebook that detailed the entire process. This work paid off though, and the Berry Botics team was able to stand on their own against more than ten other robots and make it to the semi-finals. 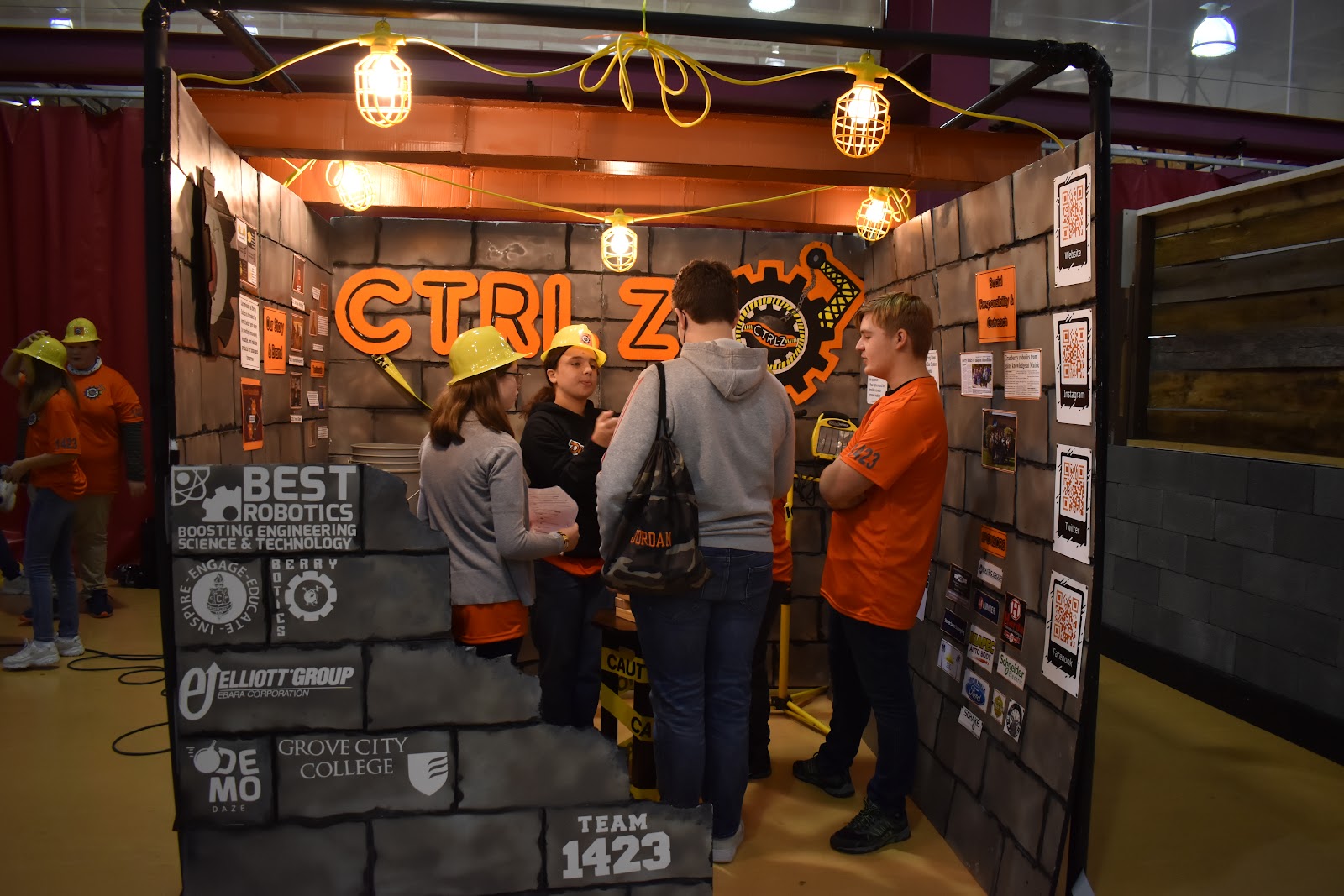 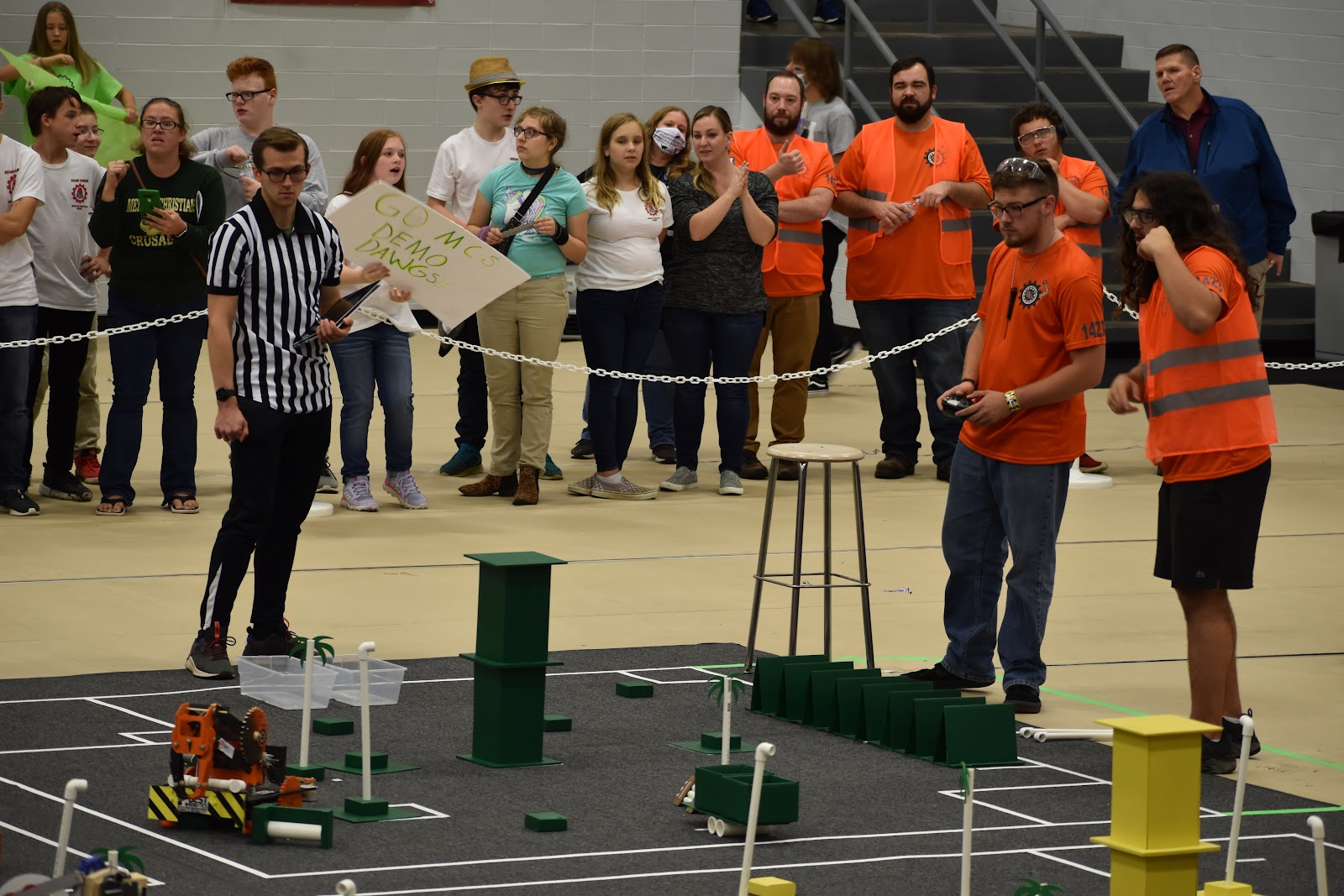 Alyssa Wright is a student at Cranberry High School and member of Cranberry Chronicles, the school’s journalism/publications class.