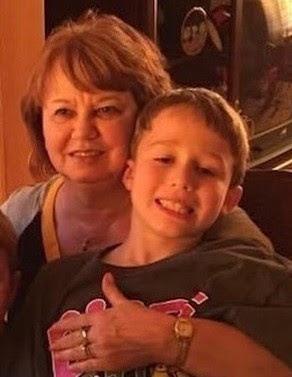 In times such as these ridden with turmoil and anxiety, it is oftentimes easy to overlook the acts of kindness we witness each and every day. However, following the passing of Cranberry student Connor Miller’s grandmother, Connie Miller, local communities and people across the country rallied behind a cause to help Connor honor his beloved grandmother.

On Dec. 19, 2020, Connor Miller was informed that one of his largest supporters had passed away in the early morning. Although struck by grief, he knew that he wanted to remember his grandmother for all of the encouragement and benevolence she provided throughout her seventy-four years of life.

“She loved to attend all of my brother and I’s sports and activities, but our baseball games were her favorite. She would even wait for a hug after every game. She was always so proud of me regardless of how the game turned out.”

With this in mind, Connor chose to reach out to Stadium Custom Kicks, a custom footwear company comprised of a fifteen artist team based throughout the country. They primarily customize standard sneakers and cleats with hand painted designs that take an average of twenty to thirty hours to complete.

Approximately six hours after reaching out to the company on Instagram, Connor received a reply from Stadium Custom Kicks founder Alex Katz. Miller was given the go-ahead to start a challenge of receiving twenty-five thousand likes on social media to receive a free pair of custom kicks, and he had a week to do so.

“Most special designs have deep meaning behind them, and this one seemed super special. It took a lot of courage for Connor to write to our company on the day of the passing, and I thought it would be a really cool way to honor his grandma.” Katz explained.

Miller wasted no time as he got his post up and running for the community to interact with. Thousands of Cranberry students, students from other districts, members of surrounding communities, and even celebrities from the Pittsburgh Pirates liked the post on Instagram, commented, and shared to their own respective social media. Journey Brown, a football player for Penn State, also notably aided Connor’s efforts in receiving likes by continuously reposting to his own social media accounts.

“I was awestruck when I hit twenty-five thousand. In the beginning, I never thought it would be possible to reach the twenty-five thousand goal. The community really came together to help me, and I am so beyond thankful for that,” Connor said, “Thank you to everybody that liked, reposted, or shared and commented. Without you, it wouldn’t have been possible to do something like this to honor my grandma. I know that she would have loved this and been so thankful for everybody’s support.”

Katz stated, “I think it’s amazing and it shows that there are good people in this world. Strangers can be kind despite the bad things that have happened in the past year, and I think that’s really amazing.”

From this point on, Connor will have to reach out to the company with a design for them to paint onto the shoes. One artist from Stadium Custom Kicks will then take a few weeks to finish the design process and send the shoes back to Connor for him to utilize in his upcoming games.

2020 may have been an especially tough year for members of our local communities, but that hasn’t jeopardized the kindness and empathy people have shown others. In the most bleak periods of time, we still have each other to rely on, and this act is a clear demonstration of that said altruism.