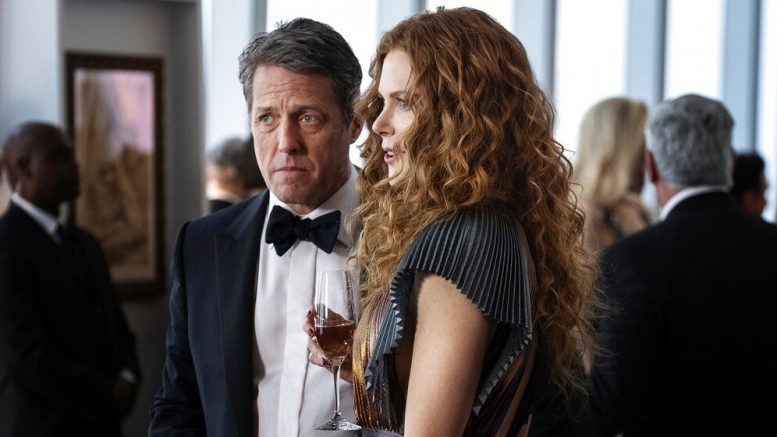 This image released by HBO shows Hugh Grant, left, and Nicole Kidman in a scene from "The Undoing." (AP)

Three million people tuned in Sunday to find out who really killed the girlfriend of Grant’s adulterous character in one of three showings on HBO and on the streaming service HBO Max, the Nielsen company said.

That’s likely to be a fraction of who eventually sees it, given how television is consumed today. The premiere of the six-episode series was seen by 1.4 million people the night it first aired, and by now has been seen by 9 million and counting.

“It’s a good example of how you can still have a water-cooler hit,” said Casey Bloys, HBO Programming president. “I will always point to good acting, writing and directing. It was a good story.”

It was the most-watched night for HBO since the finale of “Big Little Lies” last year, which also featured Kidman and creator David E. Kelley.

HBO also said it was the first time in network history that each episode of a series was seen by more people than the previous one, a powerful signal of how people were drawn into the mystery.

“The Undoing” has generated more conversation on social media than any other new scripted television series this year, Nielsen said. Coupled with the streaming-only series “The Flight Attendant,” HBO Max had its biggest week since the service was launched.

“The Undoing” was always designed as a limited series, but it attracted the type of interest that would make any television executive naturally wonder if the story could be extended in some way.

“I don’t know,” Bloys said. “I do think these things are lightning in a bottle. It could always be difficult to try that again.”

But he pointed to the network’s productive relationship with Kidman and Kelley.

“We’ll find something great to do,” he said. “Who knows what it will be?”

In other ratings news, CNN finished November with its most-watched month in the network’s 40-year history, showing growth in the aftermath of the election compared to rivals Fox News Channel and MSNBC.