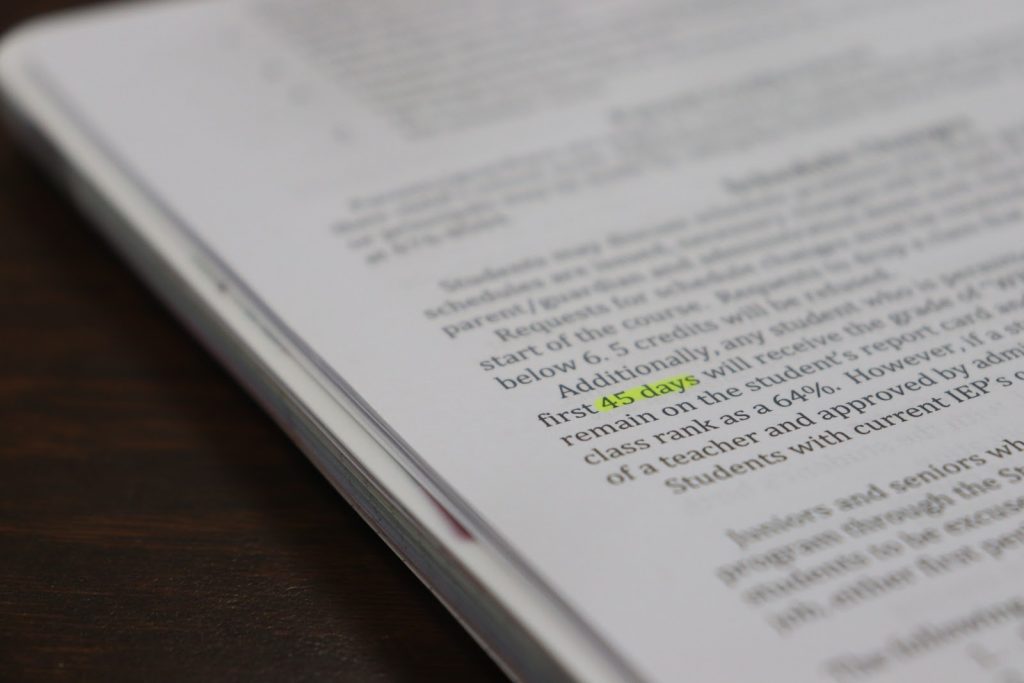 In the past few years at Cranberry High School, there has been a rule in the handbook that states if a student drops a class after 15 days, the student will receive a failing grade for that semester.

However, it has recently been reinstated that students may drop a class after up to 45 days without getting a Withdrawn Failing.

Ritt Smith, principle at Cranberry, justified this by saying, “There would be no tests or exams in 15 days, this allows you up to 45 days to figure out the class.”

There will be no recorded Withdrawn Failing for dropping a class after this time limit if it is recommended and requested by a teacher.

In order to drop a class, students still need to have a remaining 6.5 credits.

To maintain this, students could take a class in the next semester or even attend a college class.

The first 15 days is standard where you may drop a class and pick up another, but, after the class has started, you can’t necessarily join. Along with this, students need parental and teacher consent to drop the class at all times.

In a meeting with department heads, the new rule about dropping classes was introduced.

There was a wide variety of reactions to this new rule. Several teachers were not on board with the decision for a variety of reasons.

Meanwhile, Andy Godinich, the high school guidance counselor, explained, “It was a collaborative discussion between me, Mr. Smith, and the department heads.”

When asked how he personally felt about it, Godinich agreed with Smith’s stance on it and said, “I think the change is a positive one.”

Many students didn’t realize this was a rule as it was not properly introduced to them and was only stated in the handbook.

When it was explained in detail, students’ responses seemed positive.

Zac Keifer, a junior, said, “I think it gives more opportunity to find what they (students) are good at.”

Another student, Gillian White, stated, “It allows us to know more of what a class is like because you won’t know its entirety in the first two weeks.”

Met with many different reactions, the new rule for dropping classes at Cranberry is still in effect today.