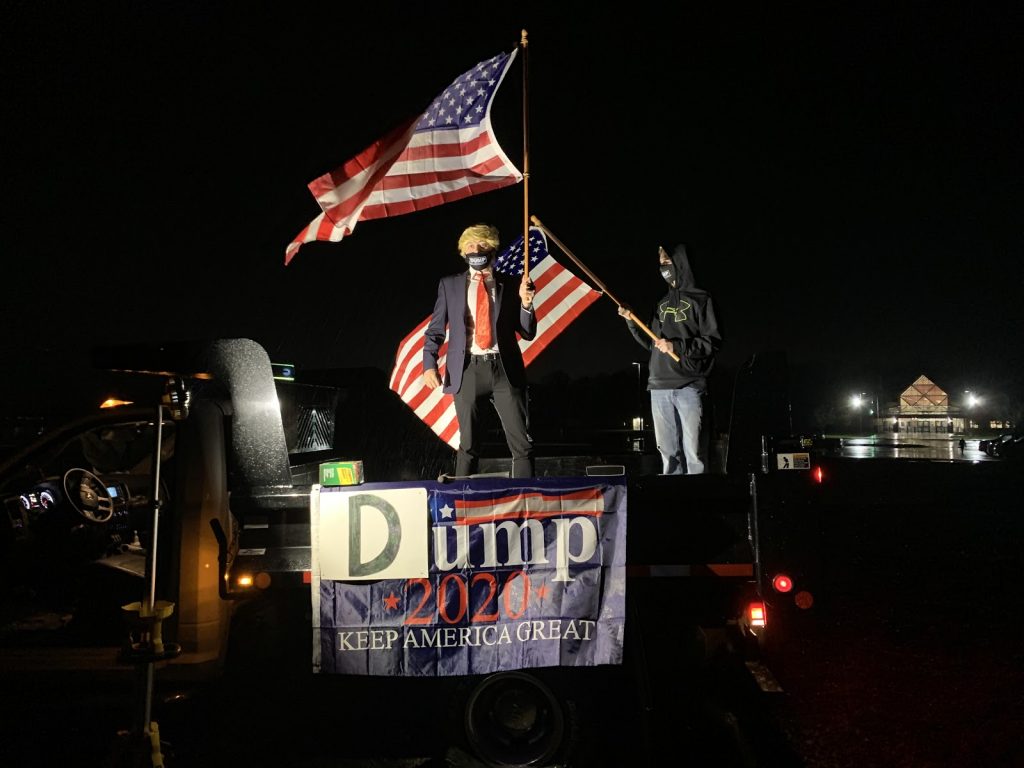 Tronald Dump (portrayed by Nick Richar) and campaign team member Gabe Bierce stand in the back of a dump truck encouraging electors to vote for Dump as they drive into school. 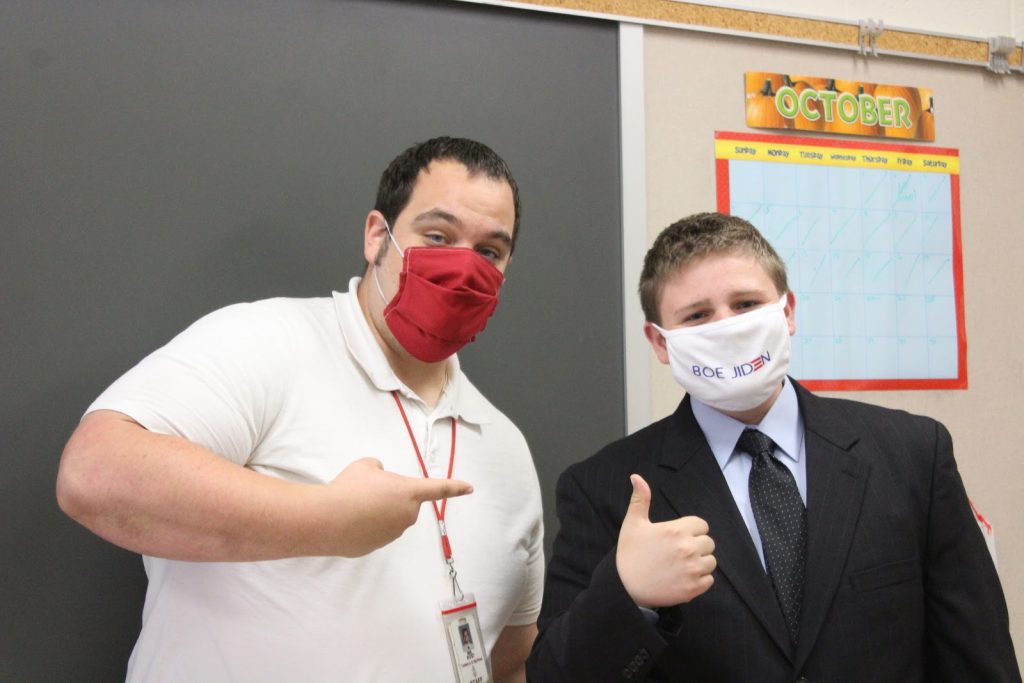 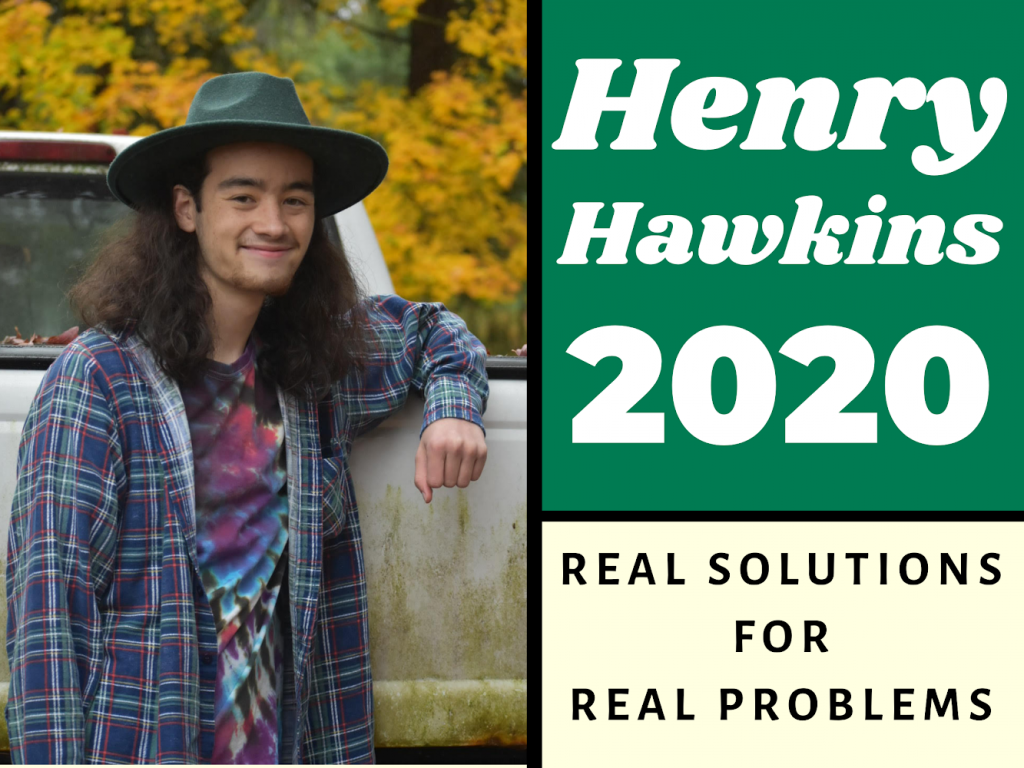 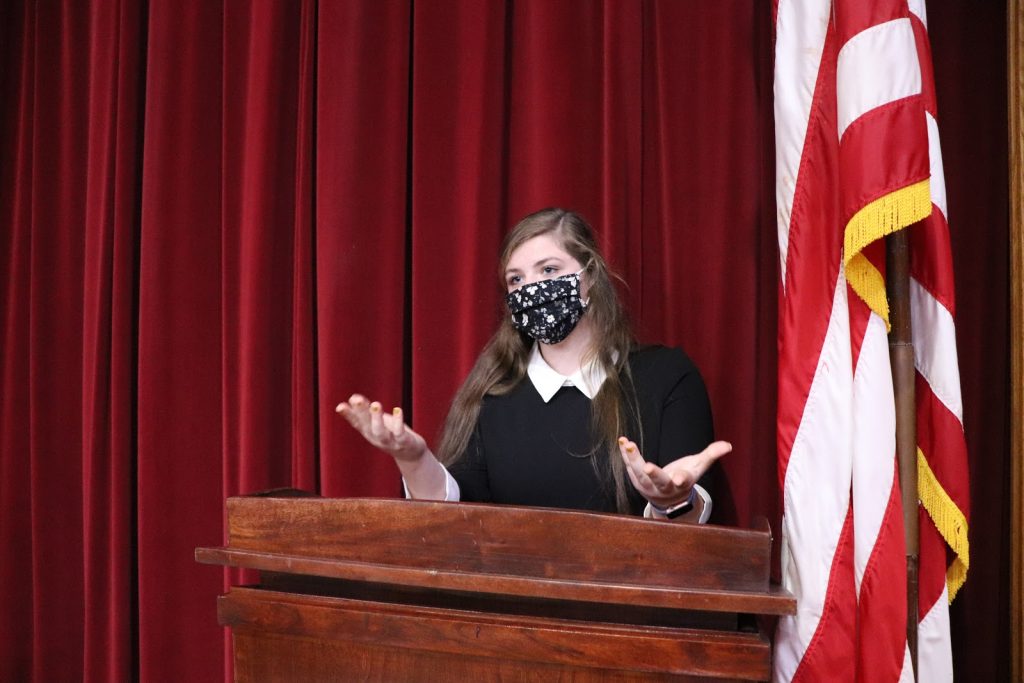 Portrayed by Brooke Whitling is the Libertarian Party’s representative Betty Borgenson delivering a speech to electors. (By Ady Carter/Student contributor)

Overlapping the actual 2020 presidential election, four candidates have battled it out to be the next Crantopia president in a mock election at Cranberry High School. These four candidates include Tronald Dump (Republican), Henry Hawkins (Green Party), Betty Borgensen (Libertarian), and Boe Jiden (Democrat).

The goal of the Crantopian mock election was not to have four candidates arguing over who is right and wrong, but to introduce students to political policies. It also encouraged students and candidates to act with diplomacy and vote on Nov. 4 with knowledge.

Tronald Dump, representative of the Republican Party, campaigned in a variety of ways to attract voters. He made posters, published a promo video featuring a cute puppy, and distributed “Dump – Keep Crantopia Great” masks to foster a feeling of unification. The most recognizable campaign activity Dump held was a parade on a dump truck in the high school parking lot to empathize his “Go America” motto.

Dump wanted what the people wanted, and his goal was to make sure they got it. He also planned to institute a scheduled nap time, make school lunches free to everyone, and play a movie during every lunch period.

Henry Hawkins, the Green Party representative, also constructed a promotional video for the public to see, hung flyers on each and every corner of the high school, and distributed brochures to a majority of students and teachers. Hawkins strongly believed in fighting for the working class, including the students of Cranberry High School.

Hawkins had plans to “implement the Green New Deal to curb climate collapse and to secure equality, democracy, and freedom regardless of gender, age, ethnicity, or social status.” Hawkins also planned to change the grade scale to intervals of 10, to abolish mandatory homework, and to fight for a wider range of opportunities.

Betty Borgensen was the representative for the Libertarian Party, and she created a promo video in addition to hanging up promotional posters. Betty was very concerned with what the people think about the decisions she was making, and this prompted her to create a survey sent out to faculty and students regarding their opinions to get an idea on how her and her campaign team should continue forward. Betty also hung Betty Borgensen flags throughout the school and classrooms and greeted everyone with a smile, a sign spinner, and the “Betty” chant.

Borgensen was a strong believer in independence and letting students have a bigger voice within the school. Betty’s campaign plans included establishing a system involving more student opinions in student-body decision making processes. She also advocated for the use of individualized education plans (IEPs) so that each student could pursue a path that best suited their needs.

Bo Jiden, the representative of the Democratic Party, actively campaigned each day throughout the election. He made a promotional campaign video to boost the spirits of those affected by COVID-19 as well as masks that read “Bo Jiden.” He also made his way around the school to talk to students and teachers about his beliefs, opinions, and what he would do for Cranberry.

Jiden strongly believed that “there’s no greater economic engine in the world than the hard work and ingenuity of American workers.” Because of the pandemic, millions have lost their jobs, and Jiden planned to get these jobs back. He wanted to help put people back to work by helping people enlist in the public health jobs corporation. As president, Jiden planned to convert America to 100% clean energy no later than 2050 in addition to bringing back the blue recycling at Cranberry.

Though all of the candidates worked vigorously throughout the election and put in hours and hours of work into their campaigns in hopes that they would come out victorious, there could only be one winner. Now, please welcome and put your hands together for the next Crantopia president of 2020, Tronald Dump! 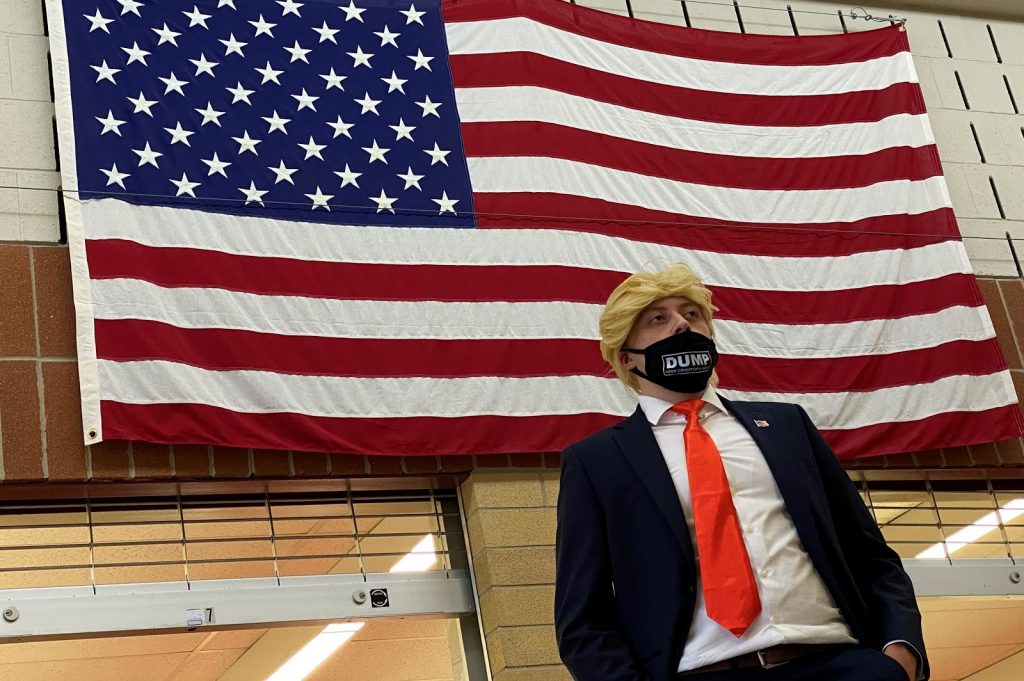 DES MOINES, Iowa (AP) — A single Powerball ticket sold in Maryland is the winner of an estimated $731.1 million jackpot, the first to get…

The Associated Press Border tensions are boiled down to two families in “ No Man’s Land,” an uneven independent thriller with some redeeming qualities. Its heart,…

Merri is a sweet girl who was left outside our front door with two other kitties. She is shy until she is more familiar with…

(Culinary.net) If your family ever gets stuck in a dinner routine rut, it can feel like you’re eating the same recipes over and over again….

From staff reports Brayden Crocker, a junior at Oil City High School, is this year’s recipient of the annual Cole McMahon “Heart of Gold” Memorial…

WASHINGTON (AP) — Joe Biden swears the oath of office at noon today to become the 46th president of the United States, taking the helm…

PITTSBURGH (AP) — The Penguins spent the better part of 30 minutes skating in slush. They surrendered a three-on-none break. Twice, they fell behind by…

The Associated Press Denzel Washington has played some iconic cops over the years, but he doesn’t get hung up on things like that. For him,…