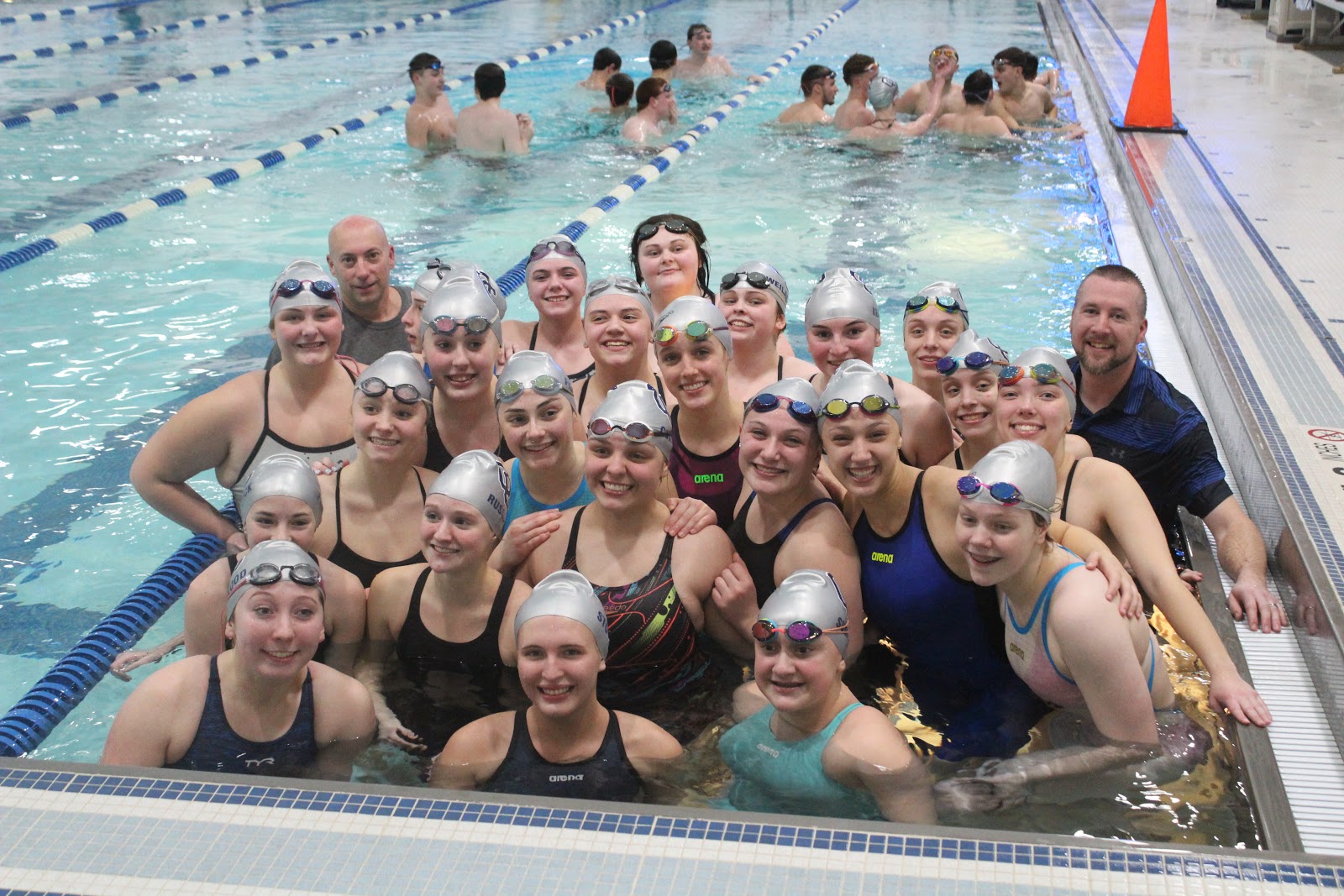 By AVA FISCHER and JILLIAN PLUMMER

The Oil City High School varsity swim team, that co-ops with Cranberry High School, has had a spectacular season with the girls undefeated, 15-0, and the boys only having two losses, 13-2.

The coaches this season are Eric Smith and Charlie Smith. The overall season for the Oil City Varsity Swim Team is 28-2.

The team ended their dual meet season on Feb. 6 with a win for both boys and girls against the Grove City Eagles.

It is the first time since 1973 that the girls team has been undefeated at the Oil City High School pool.

Zoe Albert, member of the girls swim team, said, “It wasn’t what we expected. The coaches thought it would take a lot longer to build up to the place we’re at now. A lot of girls made districts so we’re still practicing, still going.”

Another swimmer, Nick Richar, said, “It’s been a very good season. The girls were phenomenal; they had a record year. It’s been a long time since the girls or guys have had an undefeated season. The guys went 13-2 and it was great to see new kids enjoy the sport and grow their talent. I hope to see the swim team grow and get more attention. What they do is amazing in their own way and they deserve to get a lot more credit than what they get.”

One accomplishment earned by the Oil City girl’s relay team, with Morgan Stover, Emily Russel, Christina Smith, and Christa Schneider, was a pool record time of 1:43.85 for the 200 freestyle relay. The time they beat was 1:44.56 and set by the Warren’s girls relay team in 1996.

On Feb. 8, the varsity swim team competed at the inaugural Southern Tier Invite, which is the Region 1 Championship at Grove City College. The Oil City swim team took the girls champion trophy and the boys and girls together took home the combined champion trophy.

Cranberry student Nick Richar also took 4th in the 100 backstroke and 3rd in the 50 freestyle at the invite.

For districts, the swimmers are using methods such as not shaving before the meet so they practice with more drag.

The night before the meet, the swim team shaves so that when they are at the meet they go faster.

The next competition the district qualifying swimmers look forward to is their district meet the last weekend in February at the SPIRE Institute in Geneva, Ohio. 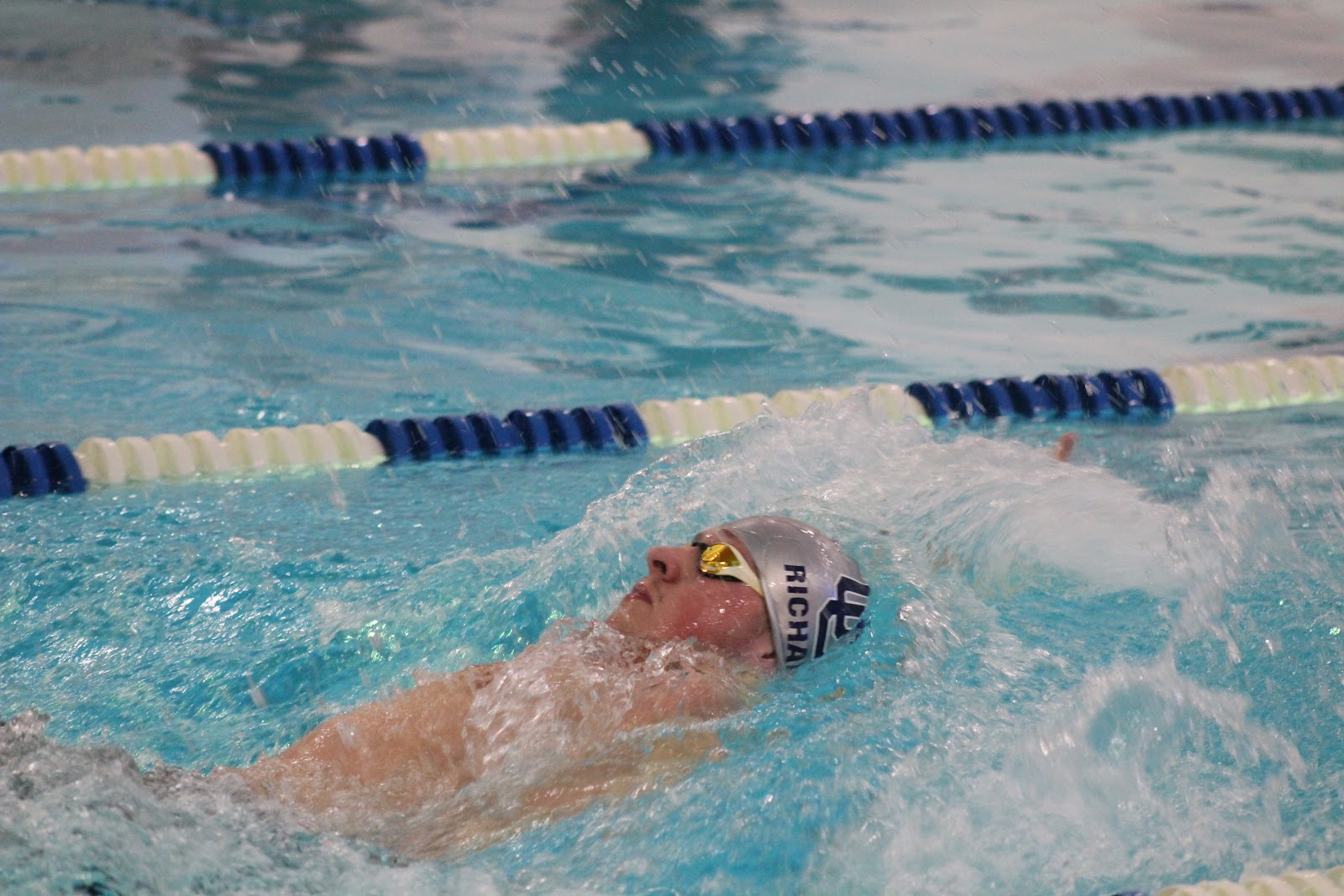 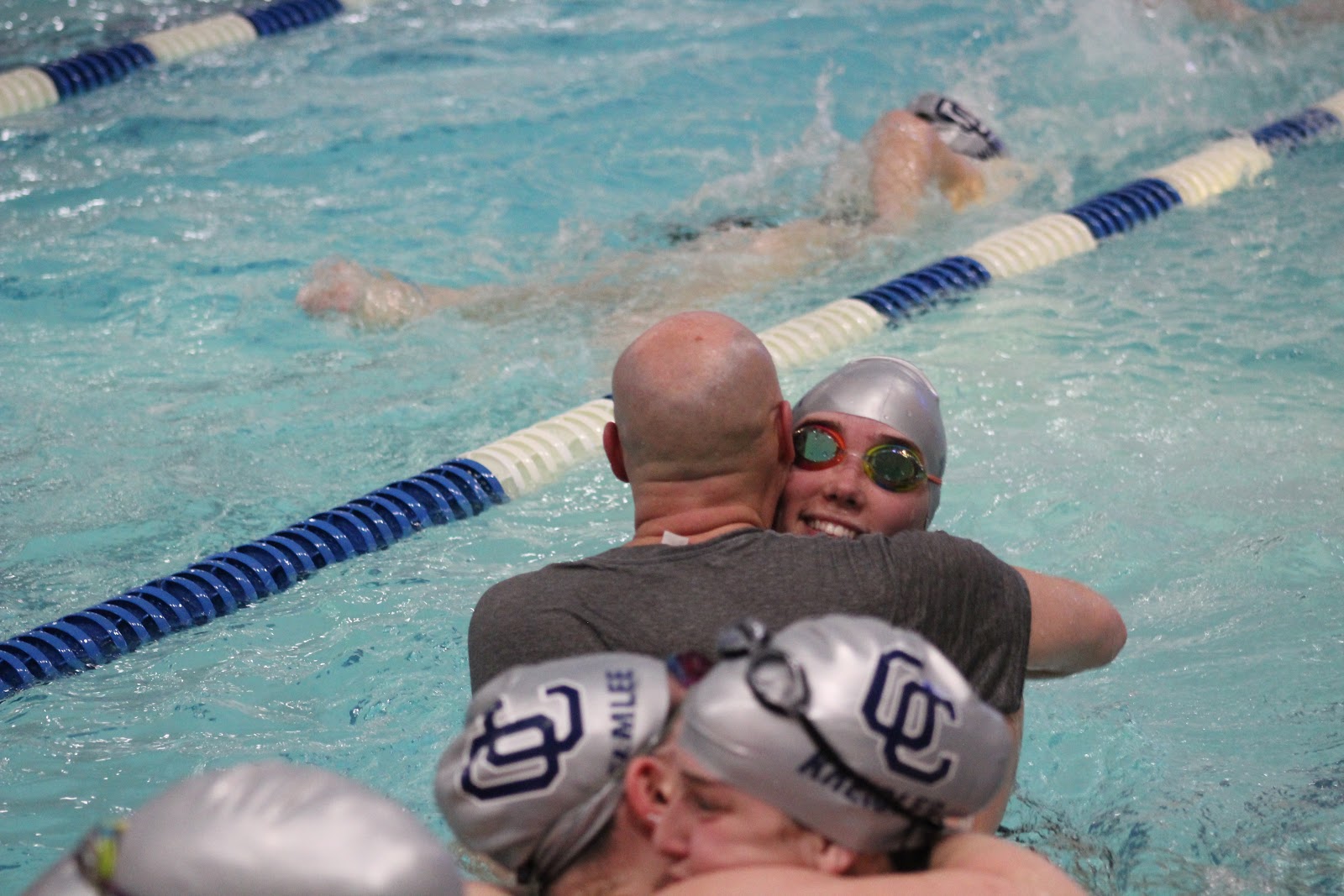 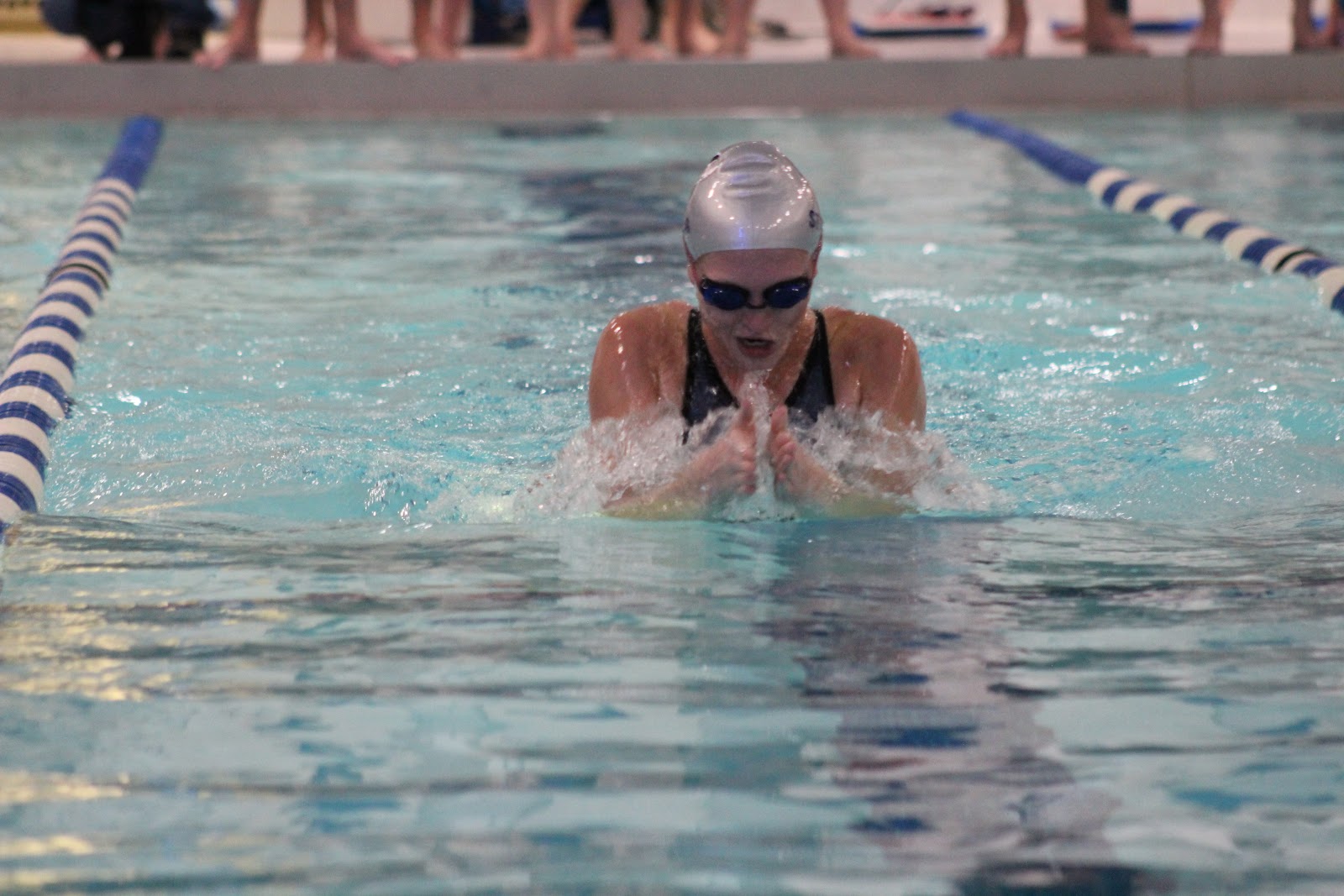 Morgan Stover swims the 100 breaststroke at the dual meet. (By Ava Fischer/Student contributor) 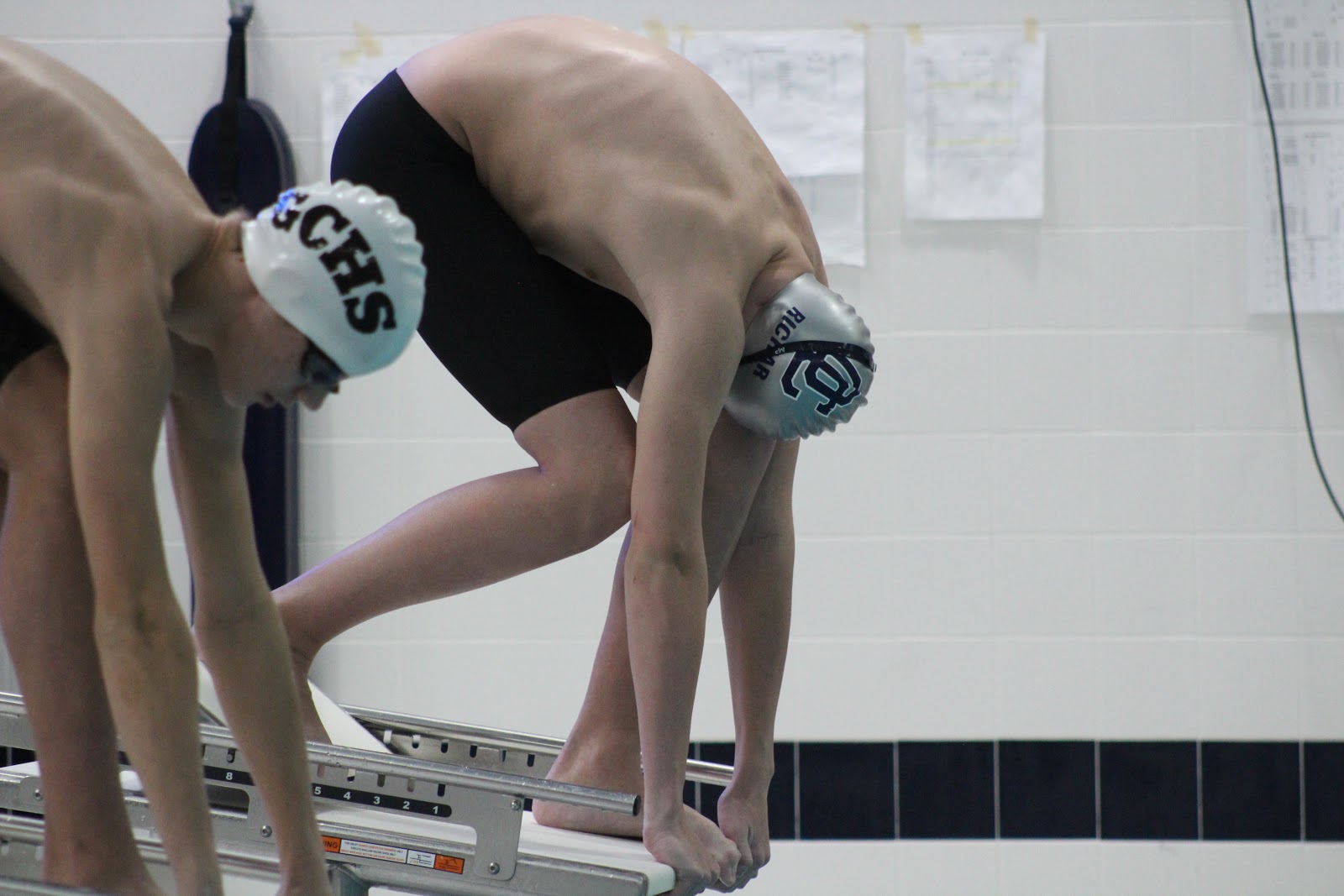 Cranberry swimmer Logan Richar prepares to dive for the 50 freestyle at the dual meet. (By Ava Fischer/Student contributor) 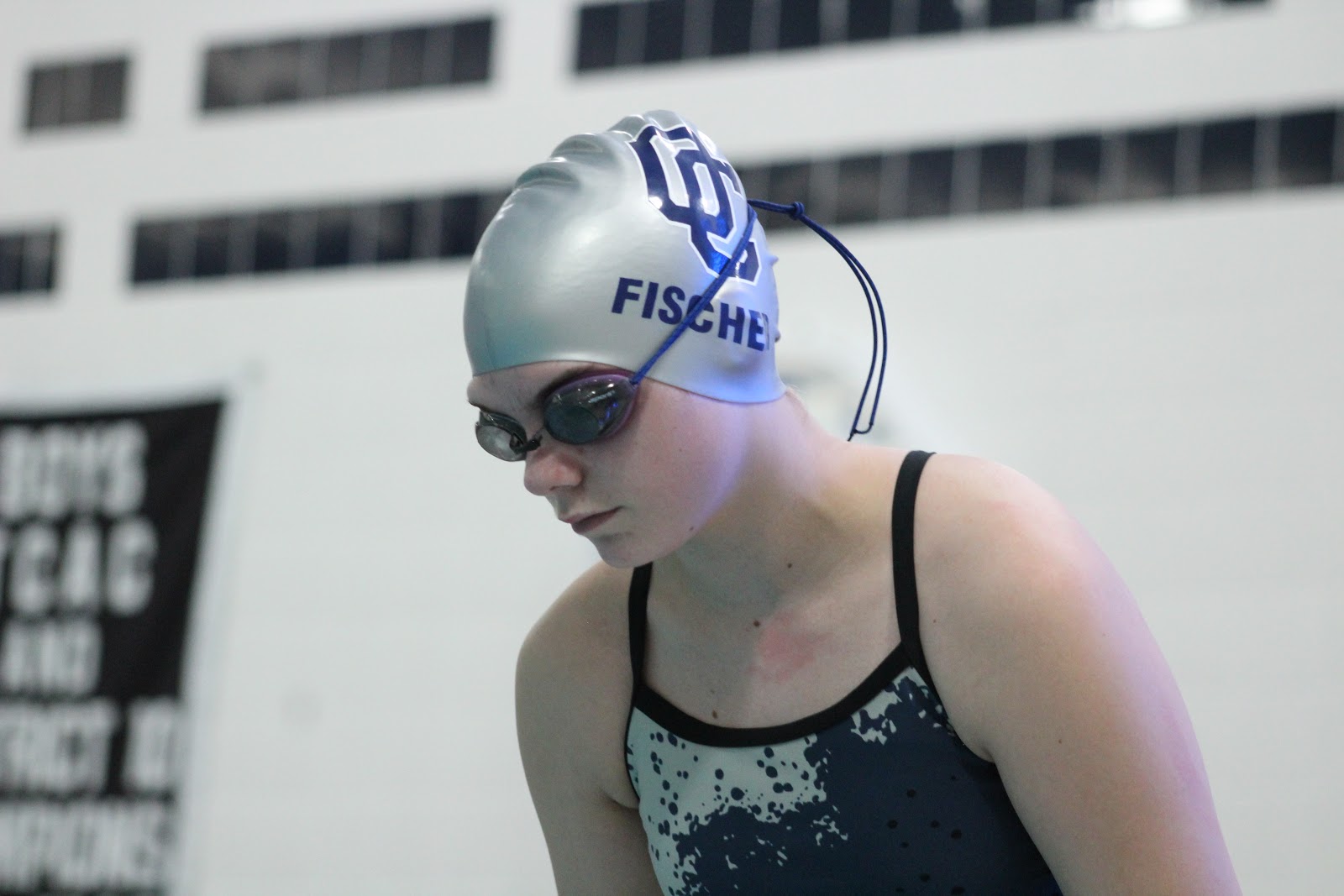 Julia Fischer prepares herself before diving into the water for the 400 free relay. (By Ava Fischer/Student contributor) 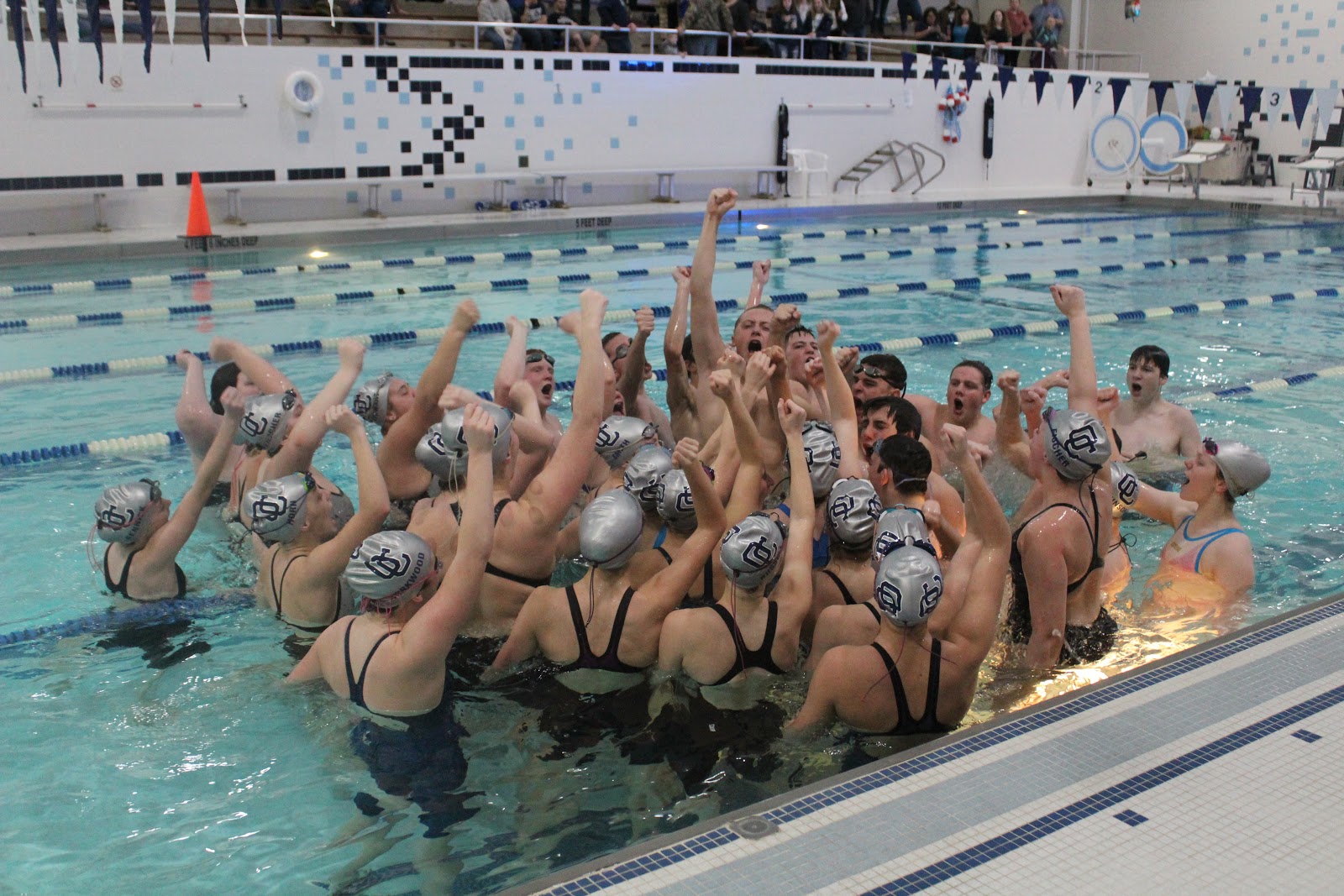 The varsity swim team cheers in victory after winning the dual meet against Grove City. (By Ava Fischer/Student contributor)

Ava Fischer and Jillian Plummer are students at Cranberry High School and members of Cranberry Chronicles, the school’s journalism/publications class.