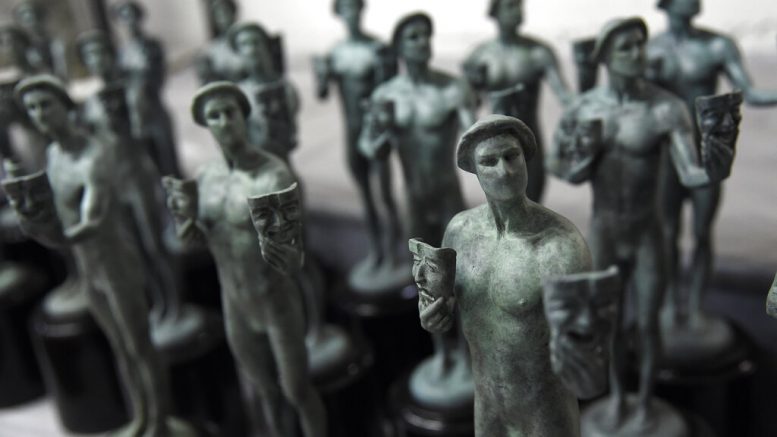 Scarlett Johansson and Nicole Kidman will have two chances to win Sunday night at the 26th Screen Actors Guild Awards, while the night’s top movie winner may offer a forecast of the Academy Awards.

Among the films vying for the screen actors’ top honor, best ensemble, are Oscar heavyweights “Once Upon a Time … in Hollywood” and “The Irishman.” They are competing with “Parasite” (only the second foreign language nominee after “Life Is Beautiful,” which received a nod in 1999), “Jojo Rabbit” and “Bombshell.”

Because actors make up the largest percentage of the Academy of Motion Picture Arts and Sciences, their picks are closely watched. The last two years, the SAG ensemble winner has gone on to win best picture: “Green Book” last year and “The Shape of Water” in 2018. Two of this year’s top best-picture contenders at the Oscars — “Joker,” more of a one-man show, and “1917,” more acclaimed for its technical acumen — weren’t nominated for best ensemble.

The Screen Actors Guild Awards will begin at 8 p.m. EST and be broadcast live on TNT and TBS from the Shrine Auditorium in Los Angeles.

Coming three weeks ahead of the Oscars, it will be an early test for the chances of the Academy Awards front-runners, among them Renée Zellweger, Joaquin Phoenix, Brad Pitt and Laura Dern. Johansson is a nominee for both “Marriage Story” and “Jojo Rabbit,” as is Kidman for “Bombshell” and the HBO series “Big Little Lies.”

That show is one of the nominees for best drama series ensemble, along with “The Crown,” “Game of Thrones,” “The Handmaid’s Tale” and “Stranger Things.” Up for comedy series ensemble are “Barry,” “Fleabag,” “The Kominsky Method,” “The Marvelous Mrs. Maisel” and “Schitt’s Creek.” Apple TV Plus’ “The Morning Show” also landed three nominations, for Jennifer Aniston, Steve Carell and Billy Crudup.