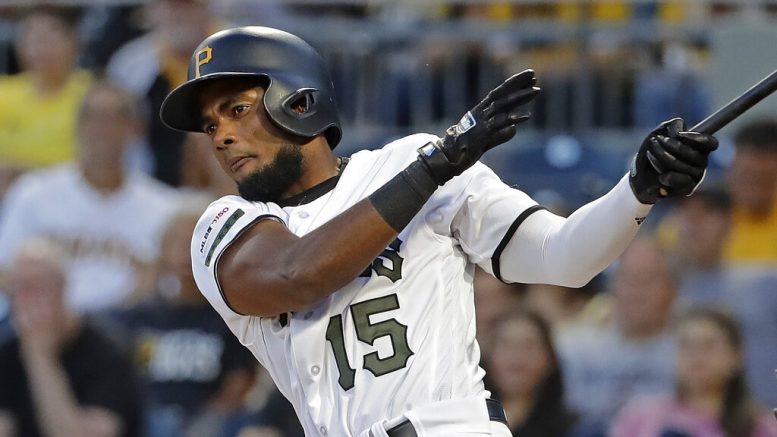 In this Sept. 5, 2019, file photo, Pittsburgh Pirates' Pablo Reyes drives in a run with a double off Miami Marlins starting pitcher Elieser Hernandez during the first inning of a baseball game in Pittsburgh. (AP)

He became the second player in three days suspended for Boldenone, which is sold under the brand name Equipose and is used commonly on horses. Houston pitcher Francis Martes was suspended for the 2020 season on Monday following a positive test for Boldenone, his second violation of the major league drug program.

Reyes, a 26-year-old outfielder and infielder, made his major league debut in September 2018 and hit .293 with three homers and seven RBIs in 63 plate appearances.

He hit .203 with two homers and 19 RBIs in 157 plate appearances for the Pirates last year and batted .286 with 10 homers and 30 RBIs in 191 plate appearances at Triple-A Indianapolis. He was on the Pirates’ 40-man roster before he was designated for assignment on Jan. 9 to clear a roster spot when outfielder Guillermo Heredia was signed. Reyes was sent outright to Indianapolis on Jan. 16.

Reyes did not have a statement, the players’ association said.

Three players have been suspended this year under the big league program. Colorado pitcher Justin Lawrence was suspended for 80 games following a positive test for the performance-enhancing substance Dehydrochlormethyltestosterone (DHCMT). Lawrence has yet to make his big league debut.