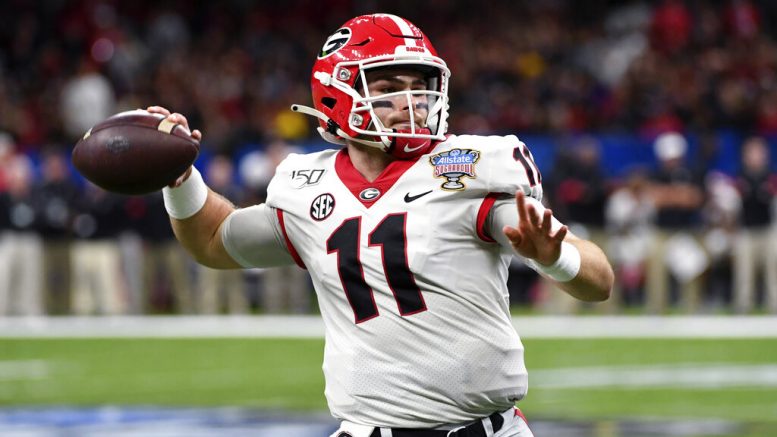 The quarterbacks are waiting.

After four quarterbacks went off the board in the first round of the NFL Draft, Jalen Hurts of Oklahoma was the only QB taken in rounds two and three on Friday.

That means Saturday when rounds four through seven are completed, at least a few notable passers will be available. And more than a few other intriguing players, especially if you look outside the Power Five schools

Washington’s Jacob Eason and Georgia’s Jake Fromm both entered the draft with a year of eligibility still remaining. Both will go into the final day of the draft waiting to be selected. Eason is a former five-star recruit with a huge arm. Fromm is the former four-star who took Eason’s job at Georgia after he was injured. Both had inconsistent seasons in 2019 a and were considered third-round talents. But quarterbacks tend to get overdrafted so it’s a little surprising to see them still available.

Gandy-Golden put up crazy numbers the last two seasons at Liberty, a relative newcomer to the FBS. He caught 150 passes for 2,433 yards and 20 touchdowns. At 6-foot-4, 220-pounds, Gandy-Golden can move like a gymnast — he was one when he was little.

The Mountain West defensive player of the year was tied for fifth in the nation in sacks with 13.5. At 6-2 and 265 pounds he is not the most explosive athlete, but he is a hard-worker pass rusher who might be able to work his way into being an effective NFL player.

Robertson is a feisty, quick and undersized cornerback at 5-8, 187 pounds. But he makes plays. Robertson had 14 interceptions in the last three seasons and 48 defended passes. Should be effective in the slot.

Robinson played at West Virginia but his college career came to an end in the summer of 2019 because of academic issues. Instead of trying to transfer, Robinson signed with the St. Louis BattleHawks of the XFL. The rangy, 6-1, 205-pound playmaker showed out in half a season in the fledgling league, improving his draft stock

There has already been a Division II player drafted in Lenoir-Rhyne safety Kyle Dugger, who went early in the second round to the New England Patriots. The 6-5, 305-pound Bartch could be the second. He started his career as a tight end before bulking up to play tackle and kept his athleticism.