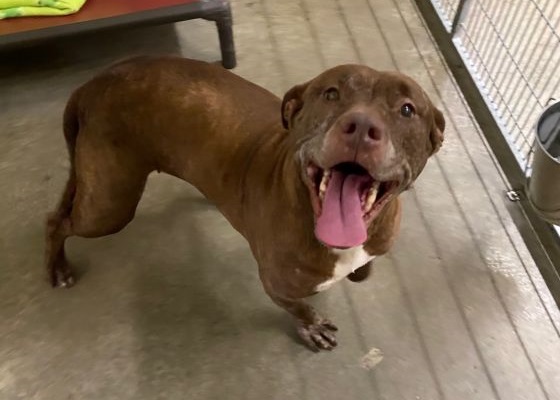 Cinnamon is as sweet as her name, with people. She doesn’t seem to like other female dogs. When you hear about her past you might understand why. Cinnamon was abandoned in a house with many other pit bull mixes. The new homeowner has done a great job re-homing as many as possible and asked for our help. Cinnamon and Bria came from the same situation. They don’t like each other but seem okay with being next to other dogs outside. We have no idea what Cinnamon has been through in the first half of her life, but we know she deserves the best for the rest of her life. All she wants to do is be near you and give you kisses! Visit Cinnamon at the Venango County Humane Society from noon to 5 p.m. Mondays through Saturdays.