In a chamber in Washington, D.C. sit a hundred people. These people are called the U.S. Senate. The Senate has a rule stating that before they can vote, 60 senators have to agree to have the vote. That means that just 41 people, a minority, can completely block a bill. This is called a “filibuster.” 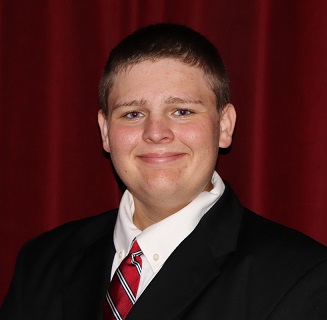 Jumping back in time a couple hundred years to the Senate in 1804, it was much smaller than the legislative body that is the Senate today. The filibuster, as we know, didn’t even exist yet. Before the Senate voted on a bill, they debated. In 1804, if they wanted to end the debate, senators only required a simple majority to agree.

For those who may not know, the Vice President of the United States is considered the presiding officer of the Senate. Vice President Arron Burr (Served 1801-1805) thought that such a powerful place as the Senate should have as much debate as needed.  Due to this belief, the Senate rules were amended so that there is no vote to end debate; the senators could debate for as long as they would like. Thus, the filibuster was born.

At first, it wasn’t really a problem. The Senate was quite small, so there was only a certain amount of time Senators could talk before they eventually grew tired and the debate ended, leading to a vote.

However, as our great country grew, so did the Senate. This growth meant that there were now more people to filibuster bills.

A filibuster used to be extremely rare, but in the last 50 years, it started to be used more often. Now, almost every big bill is filibustered.

Before the decision is upon us in the present day to keep or change the filibuster,  it is important to look back upon past occurrences involving them.

In 1917, World War I was underway, but the United States wasn’t involved yet. The President at the time, Woodrow Wilson, asked Congress to approve the military involvement. Unfortunately, a group of Senators did not want to give Wilson the power to enter the war, so they debated until the session ended. This resulted in a filibuster.

Woodrow Wilson, infuriated, demanded they go back to the old Senate rule where the floor debate can be ended with a simple majority. The Senate didn’t want to do that, so instead, they compromised. The rules were altered so that a supermajority (⅔) of Senators was required to agree to end debate. If senators wanted to block a bill, they needed ⅓ (34) of the Senate to do so. The Senate needed a supermajority to end debate, and a simple majority to pass a law.

For approximately 30 years after this compromise, the filibuster was rarely used.

There’s a very famous photo of South Carolina Senator Storm Thurmond. It is speculated that the man looks like a ghost in the picture because he had just filibustered the 1957 Civil Rights Act for more than 24 hours; the man literally talked for more than a day. These filibusters are long, tiring, and block the Senate from actually doing any work.

The majority leader at the time, Mike Mansfield, didn’t like this; he believed a supermajority to end debate was acceptable, but he wasn’t fond of the long, arguably pointless speeches.

This prompted Mansfield to make a change. He skipped debate and went straight to a vote to see if there was a supermajority in favor of having the debate. This meant senators no longer had to stand up and talk. They just had to threaten to, so long as they had the numbers to block a supermajority vote. This made it significantly easier to filibuster, leading to an extreme growth of filibusters.

In the 1970’s, the rules were changed again, making it necessary for 41 Senators to filibuster a bill instead of 34. This alteration made virtually no difference.

In the early 2000’s, senators had a realization; they could gain more from their own political career by fighting rather than by cooperating. This resulted in the minority party filibustering everything the majority party proposed. Now almost every big bill is filibustered.

In 2013, the Senate made a change to the rule again in which senators could no longer filibuster certain confirmation votes.

In 2017, the rules changed once again to add Supreme Court nominees to the non-filibuster list.

The House of Representatives used to have similar rules that allowed the minority party to filibuster bills. In 1888, in fact, Republicans won a majority in the House, but Democrats filibustered everything they tried to do. The filibuster rules kept them from actually passing anything.

It was almost as if the election and the will of the people didn’t matter at all. This led to the removal of the filibuster then, and the reasoning was pretty simple.

In my opinion, the United States Senate is broken, and the filibuster is what broke it.

With the 2020 election nearly upon us, there are many proposals from Democrats to get rid of the filibuster, and it may actually happen.

Following an election, if the losing party can block the winner from accomplishing anything through bills and the like, does it mean anything to be a Democracy?

Bo Myers is a student at Cranberry High School and a member of Cranberry Chronicles, the school’s journalism/publications class.