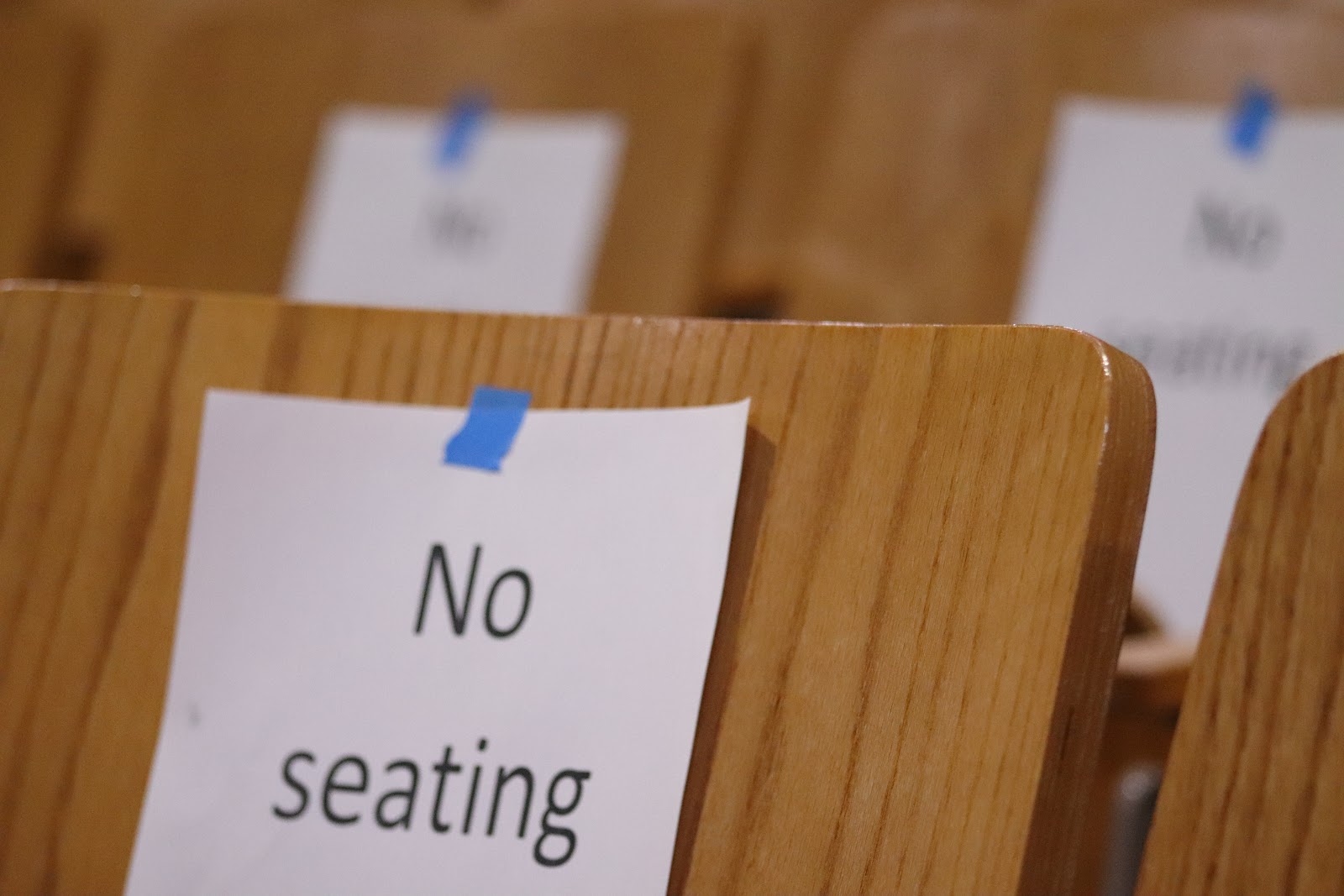 Current restrictions on the number of spectators at indoor/outdoor events deemed “unconstitutional” in new ruling. (By Nick Richar/Student contributor)

Specifically, the ruling was based on the order that all “non-life-sustaining businesses to close” as well as the restrictions on indoor gatherings. Judge William Stickman IV said the limits on gatherings of 25 people indoors and 250 out of doors, as well as the stay-at-home and business closure components of the orders issued by the Wolf Administration, were both unconstitutional.

Stickman ruled that Wolf’s order was unconstitutional and violates the 1st Amendment rights of Pennsylvania citizens. He added:

“Congress shall make no law respecting an establishment of religion, or prohibiting the free exercise thereof; or abridging the freedom of speech, or of the press, or the right of the people peaceably to assemble, and to petition the government for a redress of grievances.”

Stickman, an appointee of President Donald Trump, wrote in his ruling that Wolf pandemic policies have been overreaching, arbitrary, and violated citizens’ constitutional rights.

The Wolf administration has no intentions of letting a federal court cease the shut down, and has already filed an appeal to the U.S. court of appeals.

As of right now, the order is still in place. There is currently a bill on the governor’s desk (HB 2787) that would reverse the shutdown. Wolf is not expected to sign it, and he has tossed back and forth the idea of a veto. The Republican-controlled Pennsylvania Congress will likely attempt to overturn a possible veto.

Cranberry High School Vice Principal Shawn Deemer responded to a question regarding whether or not parents will be allowed within the school if the order is lifted with a simple “yes.” He added that, “The school will always follow the governor’s order.”

As of right now, spectators are not permitted to attend events. However, Deemer explained that spectators will be allowed within the gymnasium “as soon as we get the okay.”

The governor has five days left to veto the bill, but if he doesn’t, the bill becomes law. This, in turn, means that the order is lifted.

The Governor has no intentions of backing down, clarifying that “he will appeal as far as he needs to keep Pennsylvanians safe.”

This matter will certainly evolve over the next few days, so be sure to keep an eye out for any further developments.

Bo Myers and Nick Richar are students at Cranberry High School and members of Cranberry Chronicles, the school’s journalism/publications class.