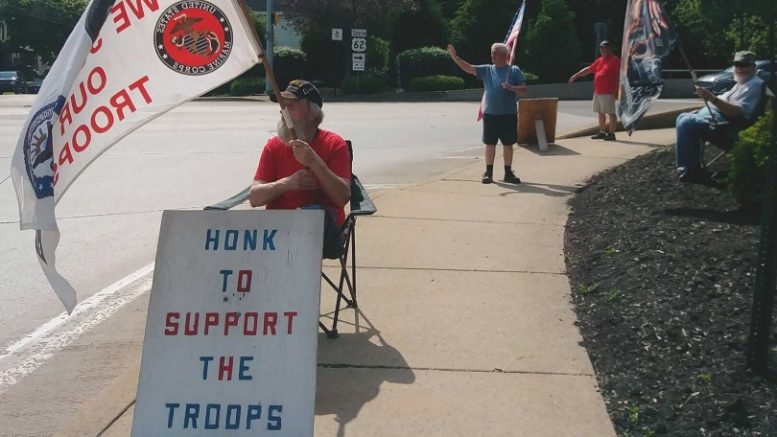 After a several week break, a group of veterans has resumed its Friday ritual of waving flags at the corner of Petroleum and Front streets in Oil City to show their support for service members in harm’s way overseas. The veterans have been doing this since shortly after Sept. 11, 2001. On Friday, four veterans, Howard Snyder, Buck Butryn, Fred Weaver and Joe Deal (from left) came out to display the flags while passing motorists honked their horns. “It’s important we support our troops,” said Deal. “I was in Vietnam for 11 months. People spit at us when we came home.” Weaver said the break was due to the coronavirus and the death of one of the flag wavers, Frank Smith, a World War II veteran. (By Kara O’Neil)