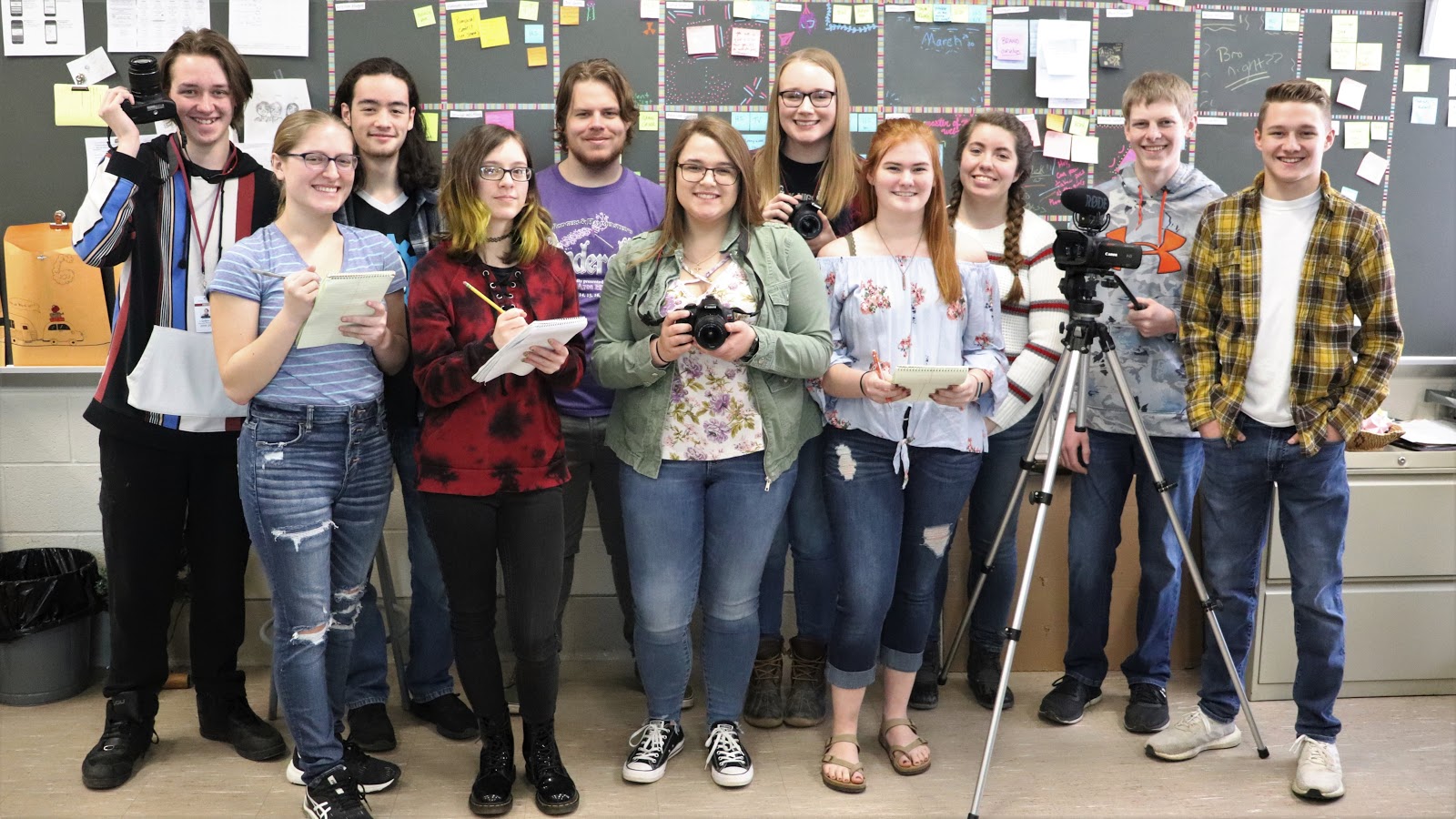 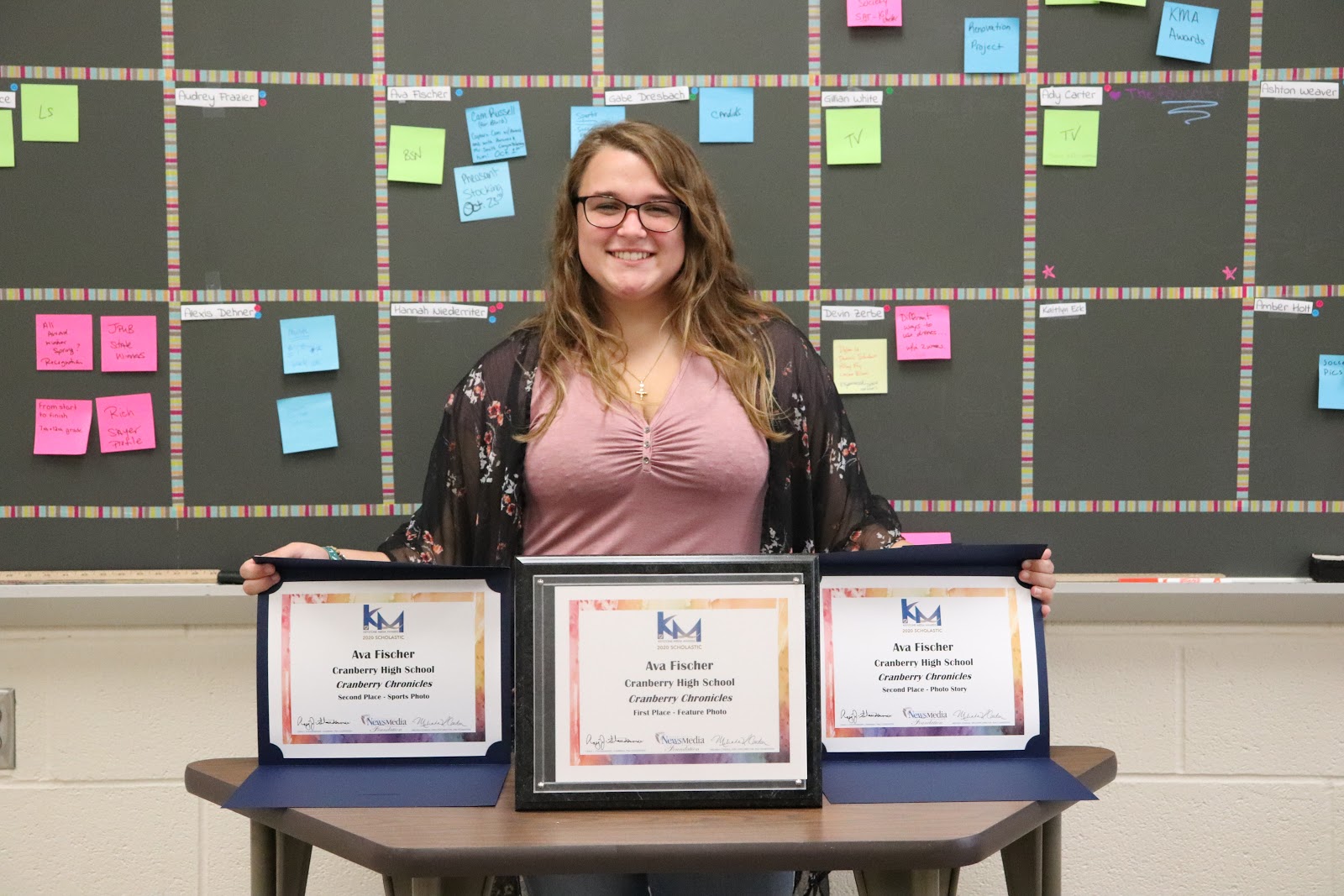 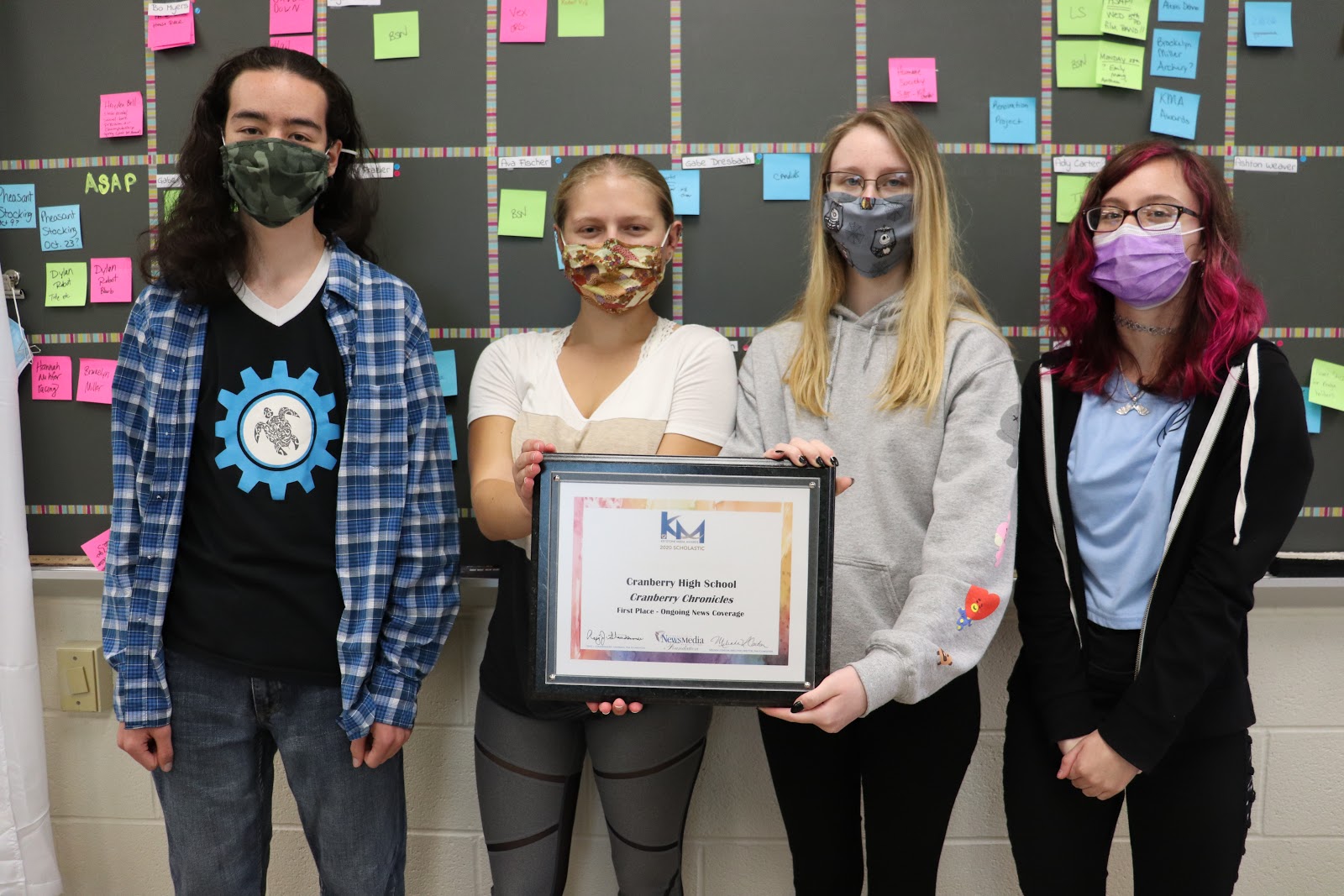 Dylan Lu, Hannah Niederriter, Natalie Sandrock, and Amber Holt accept Cranberry Chronicles’ first place award for “Ongoing News Coverage” at Keystone Press Awards in 2020. This award was won by the entire class for a week’s coverage of one event which included writing, photography, and videography. (By Kara Daugherty/Student teacher) 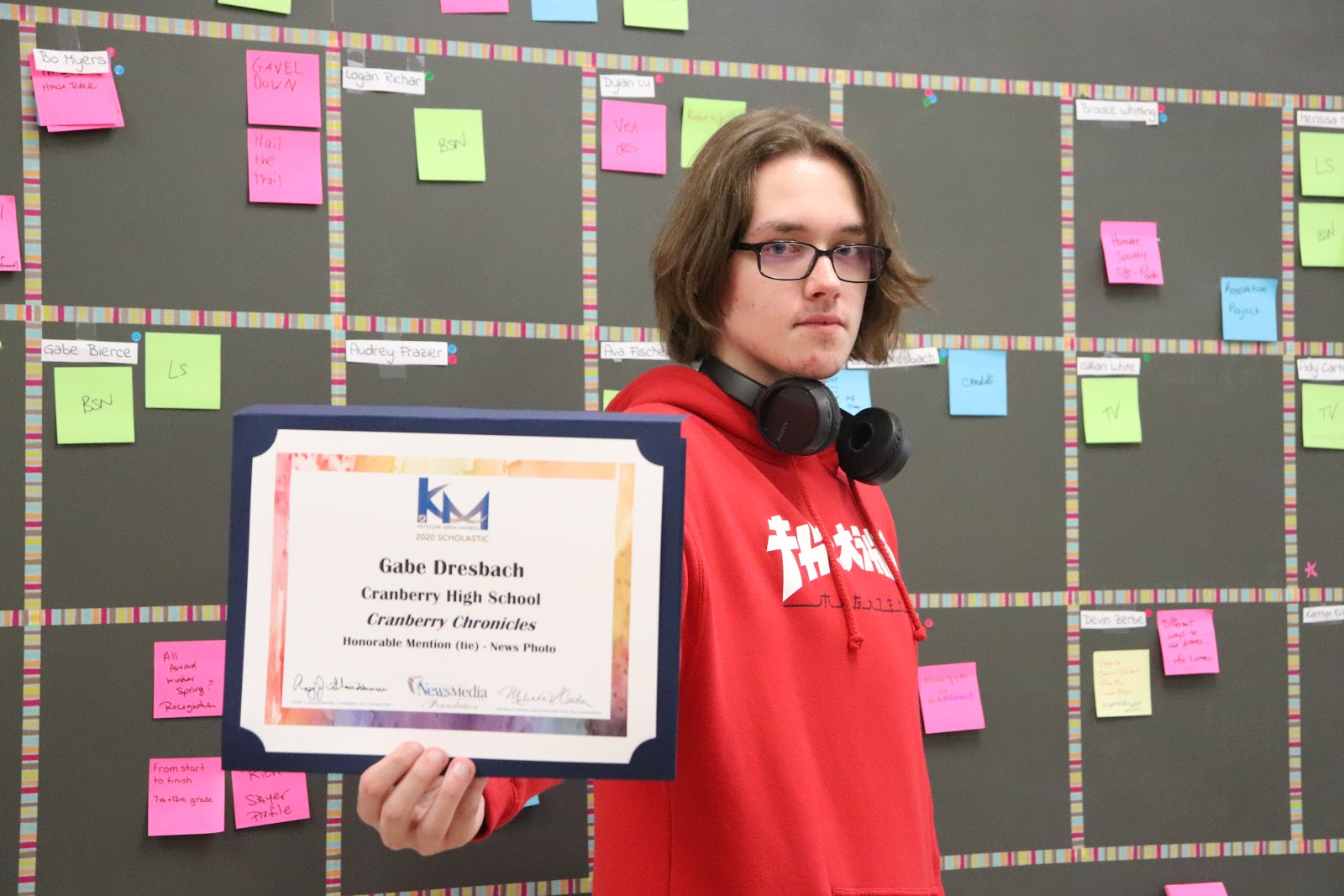 In the Ongoing News Coverage category, the entire journalism class was awarded first place for their diligent and in-depth reporting on current events. The Ongoing News Coverage category acted as an umbrella for any series of articles, videos, or other produced works that covered the same topic, but were created at varying points in time over the course of the school year.

Although the winners were announced in the previous year, every students’ awards were sent to the high school. Following the ribbons’ arrival at Cranberry, students received their awards via mail due to the pandemic.

Hannah Niederriter, Gabe Dresbach, and Ava Fischer are students at Cranberry High School and members of Cranberry Chronicles, the school’s journalism/publications class. Trisha Dixon is their teacher and Kara Daugherty is the class’s student teacher.