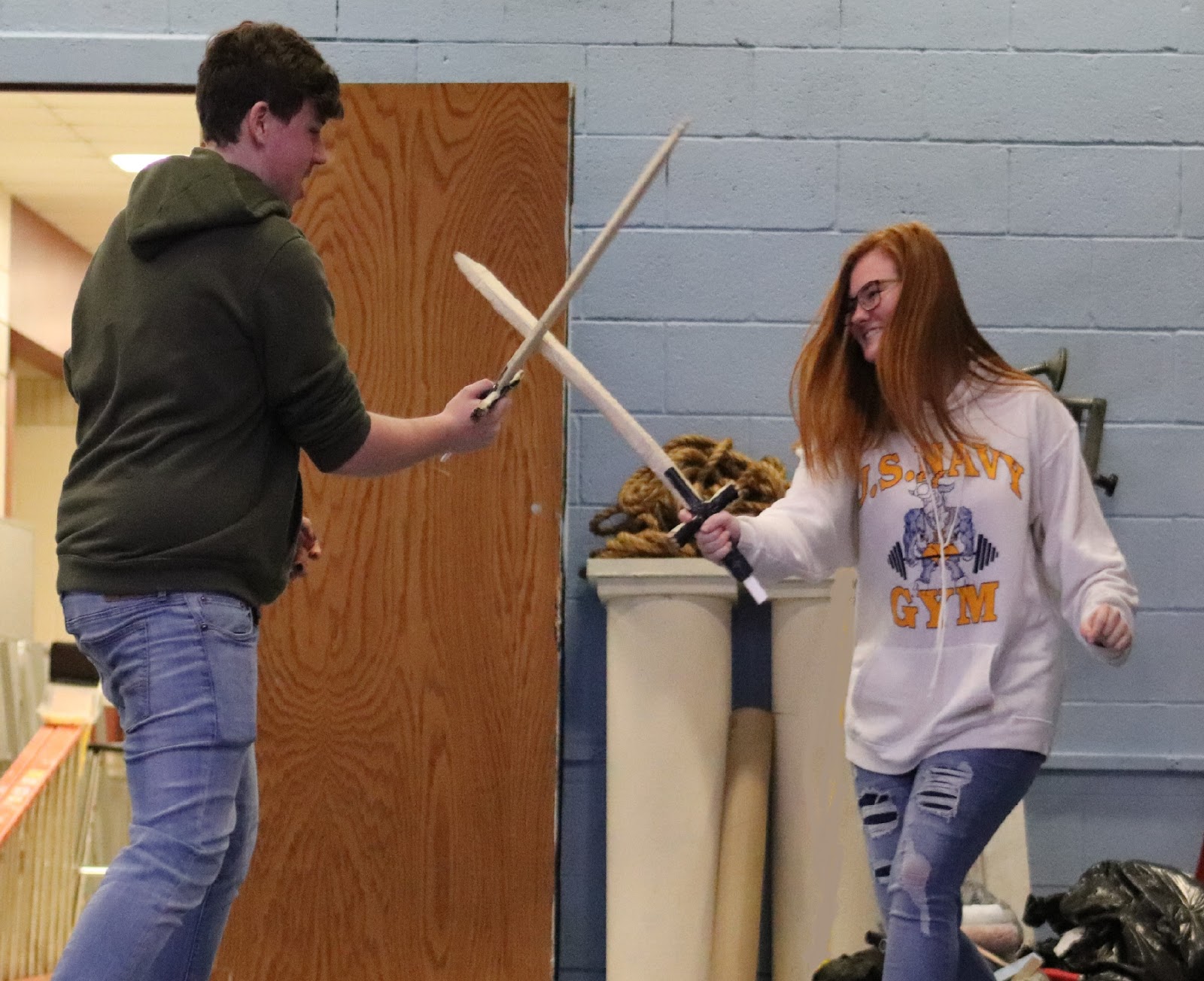 This year’s school musical, directed by Preston Yoder, Cranberry’s choir director, is “The Pirate Queen,” a tail about love, honor, and bravery.

Gunn is going into his fifth year as a member of the Cranberry Drama Club.

In the musical, Grace, a character who grew up in a time where men and women weren’t equal, wanted more for her life than to just get married and be a “good” wife.

To avoid the stereotypical lifestyle, Grace leaves her everyday life behind and disguises herself as a boy on a pirate ship known as “The Pirate Queen.”

Throughout all of her struggles, she has to find a way to save Renaissance Ireland from the wrath of Queen Elizabeth I.

Jenna Seigworth, a senior at Cranberry, will be portraying the leading role of Grace O’Malley.

Like Gunn, Seigworth will be performing in a play for her fifth straight year for the school.

When asked about her favorite part of her current leading role, Seigworth stated it was “the empowerment of the character… being able to be a woman in a musical.”

Unlike last year’s play, “Cinderella,” most people haven’t heard much about “The Pirate Queen.”

Cranberry likes to change things up every other year and do a musical that’s totally out of the box.

“This play is more music driven. It has a different structure and two different conflicts,” Gunn commented about this year’s play selection.

While “Cinderella” is a classic, “The Pirate Queen” brings so much to the table in terms of originality and something fresh.

“The students put so much hard work in,” Jillian Plummer, a member of the set crew, mentioned.

Seigworth went on to say that this play “gives us the ability to really make it our own. You get to see your friends put something together, and the storyline is very different.”

Plummer also added that the fake sword fights and new set pieces should make this year a lot more exciting.

Tickets will be available for purchase at the Cranberry school store, Monday through Friday, starting February 3rd, during all school lunches.

Tickets will also be available at the door for each performance. 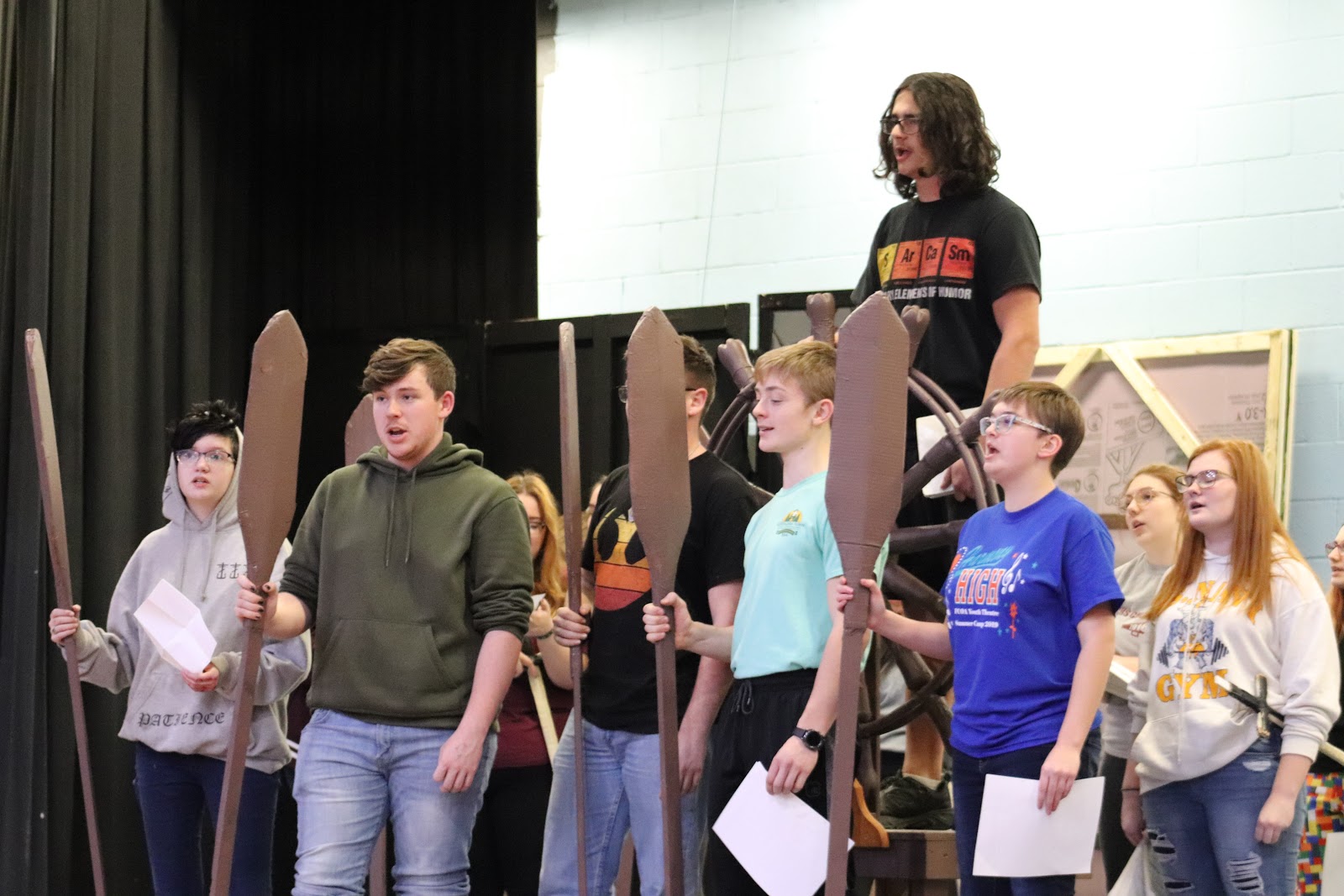 Cast of the “The Pirate Queen” rehearce for its upcoming performance. (By Jillian Plummer/Student contributor) 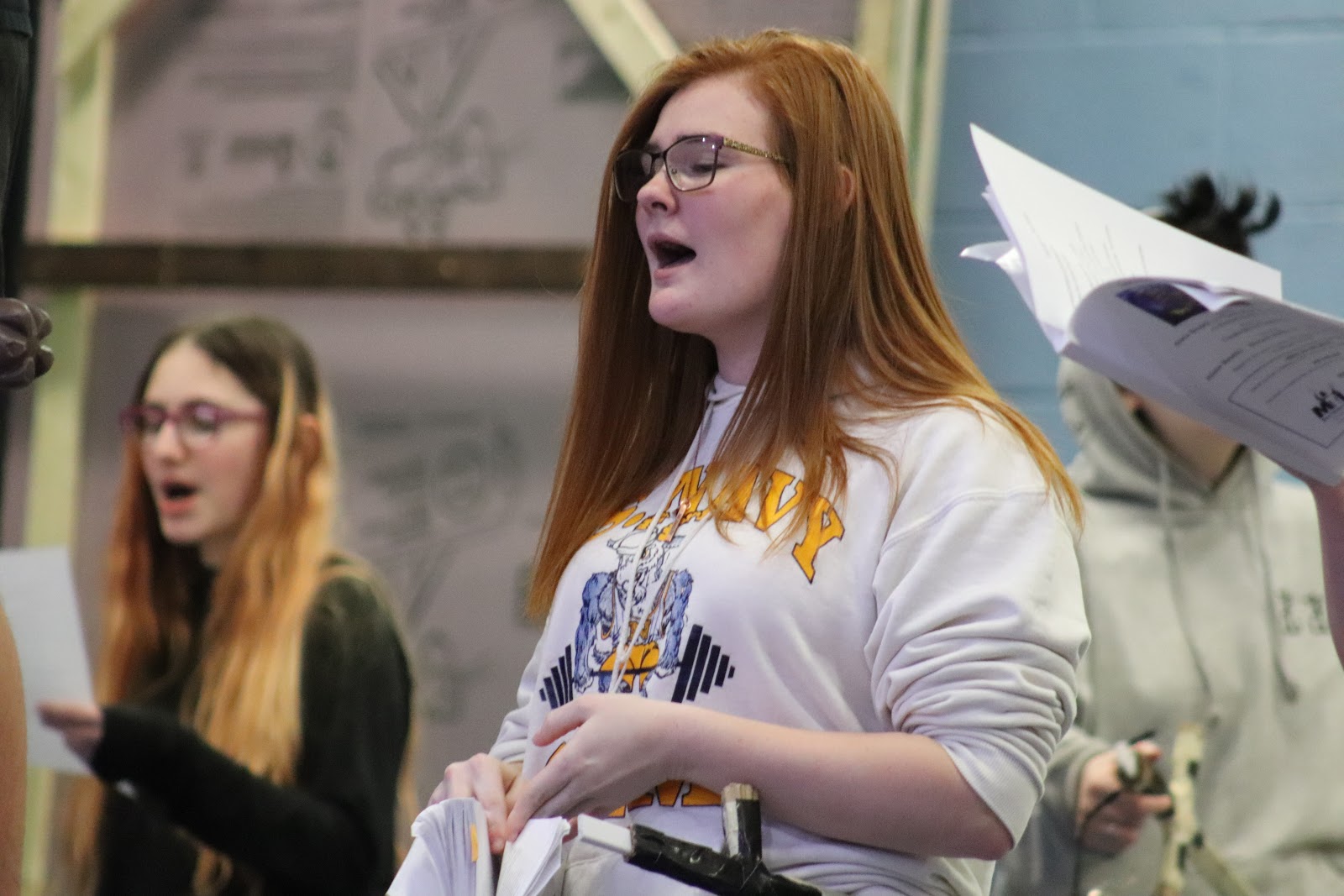 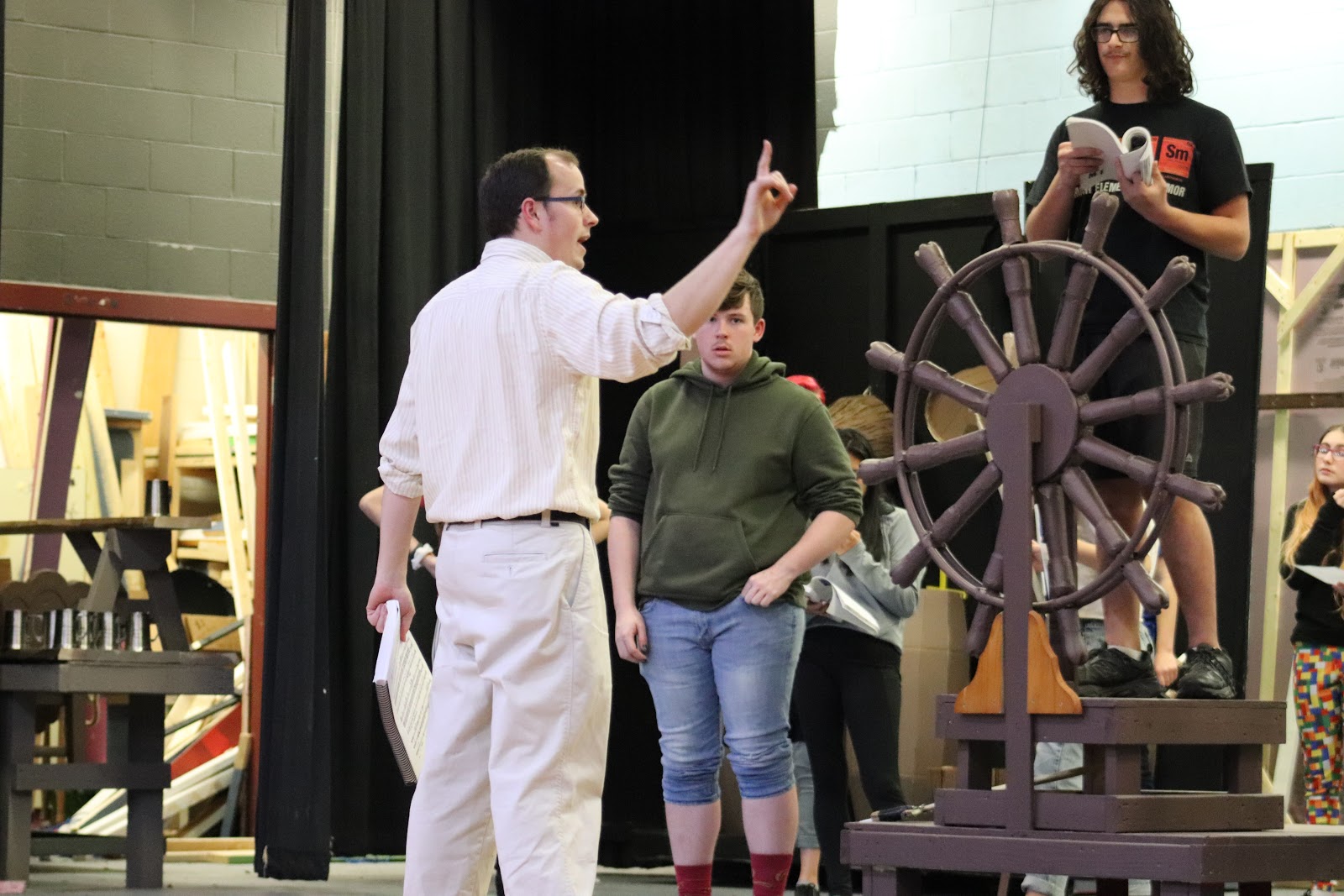 Preston Yoder, director for the musical and teacher at Cranberry High School, directs the rehearsal for “The Pirate Queen.” (By Jillian Plummer/Student contributor) 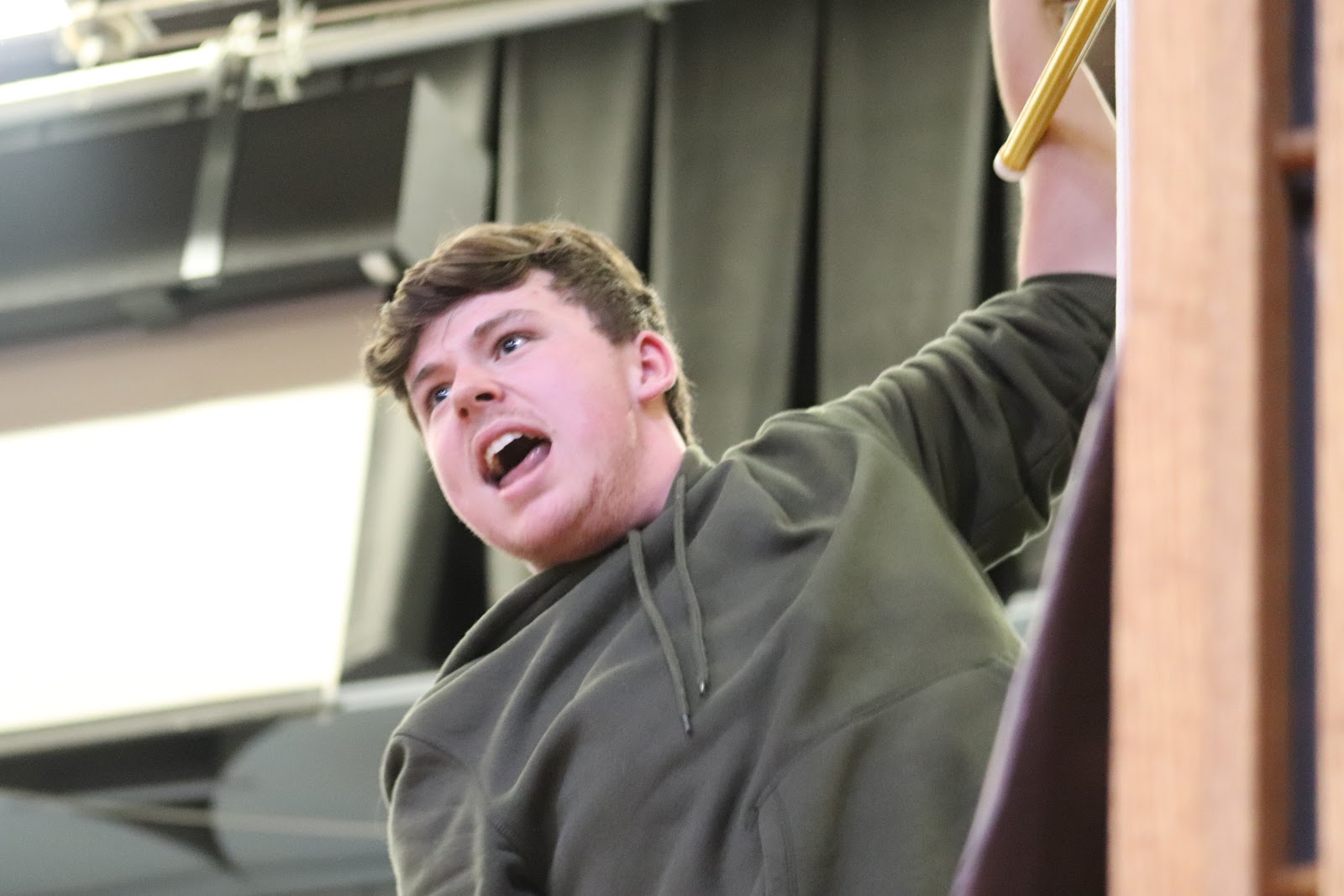 Michael Gunn  rehearses his lead role as a ship worker in “The Pirate Queen.” (By Jillian Plummer/Student contributor) 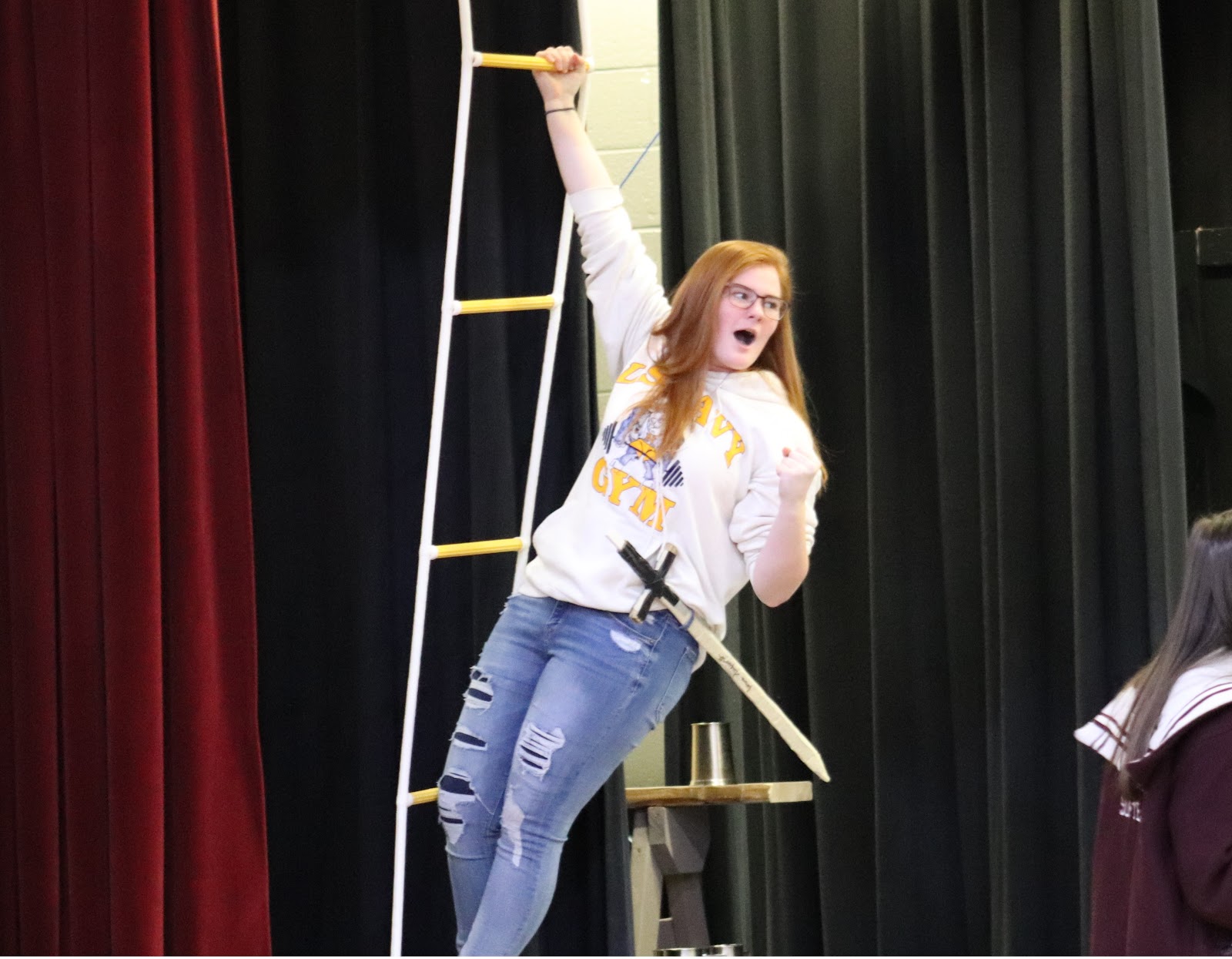 Kristen Hogue and Jillian Plummer are students at Cranberry High School and members of Cranberry Chronicles, the school’s journalism/publications class.