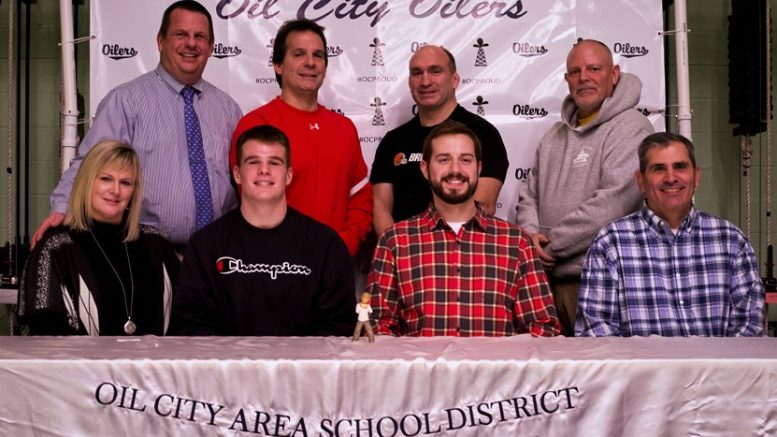 Holden Stahl, a junior at Oil City High School, has been named the recipient of the annual Cole McMahon “Heart of Gold” Memorial Award.

He is the son of Scott and Shelly Stahl of Oil City.

The award is presented every year to an Oil City junior in honor of McMahon, a 2001 Oil City graduate who was killed in a car accident in October 2006 while on his way to his teaching assignment at Fort Leboeuf High School in Waterford.

McMahon’s parents, Malachy and Dolly McMahon, work with Oil City teachers and administrators every year to choose the winner of the award.

The student who is picked best demonstrates the hard work and dedication that Cole McMahon possessed, according to the criteria for the award.

Stahl will receive a free one-year membership to the Oil City YMCA and have his name placed on the “Heart of Gold” plaque on display at the YMCA.