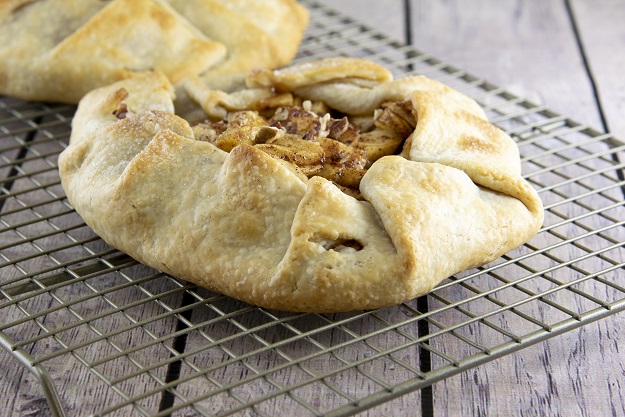 In medium bowl mix together 1/2 cup sugar, cornstarch and cinnamon.  Stir in peeled and sliced apples until well combined.
Place flattened pie crust on an ungreased cookie or pizza sheet.
Spoon apple mixture onto the center of the crust, spreading the mixture to about 2 inches from the edge of the crust.
Fold crust over mixture, pleating along the way.
Brush edges of crust with water.
Sprinkle sugar over crust and apple mixture.
Bake for 15-20 minutes or until crust is a golden brown.
Sprinkle pecans over apple mixture.
Serve with a dollop of whipped cream.
Recipe adapted from Pillsbury.