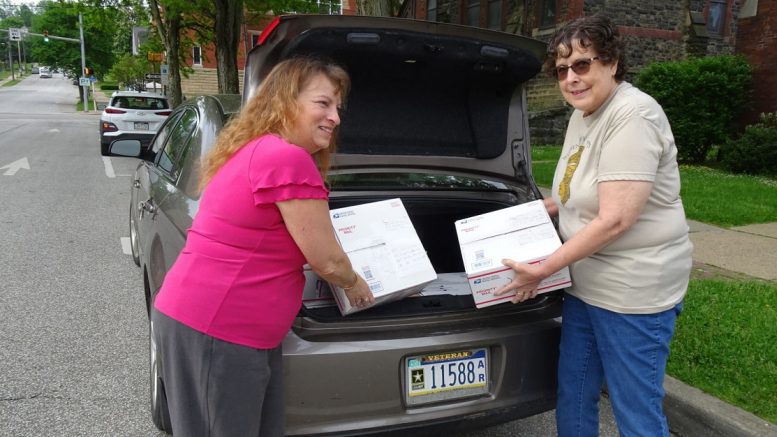 Oil City residents Jeannine Guth (left), a Marine Corps veteran, and Mary Kay Johnson, an Army veteran, are packing up boxes of personal hygiene and beauty products for women serving in the military. Their collection effort debuted at the Pack-the-Plaza event March 8 in Oil City as part of a national campaign known as Operation Courage is Beautiful to support women in the U.S. armed forces. The donations were to be gathered at a women veterans’ retreat in March, but the event was canceled due to the coronavirus. The two women then arranged to have their collection sent to a deployed U.S. Navy ship where Johnston’s daughter, Abigail Douglass, is serving. The items will be distributed to women serving aboard the ship. Shipping costs for the packages were funded by numerous local veterans, the Oil City American Legion and Gardinier Funeral Home in Franklin. (By Judith O. Etzel)