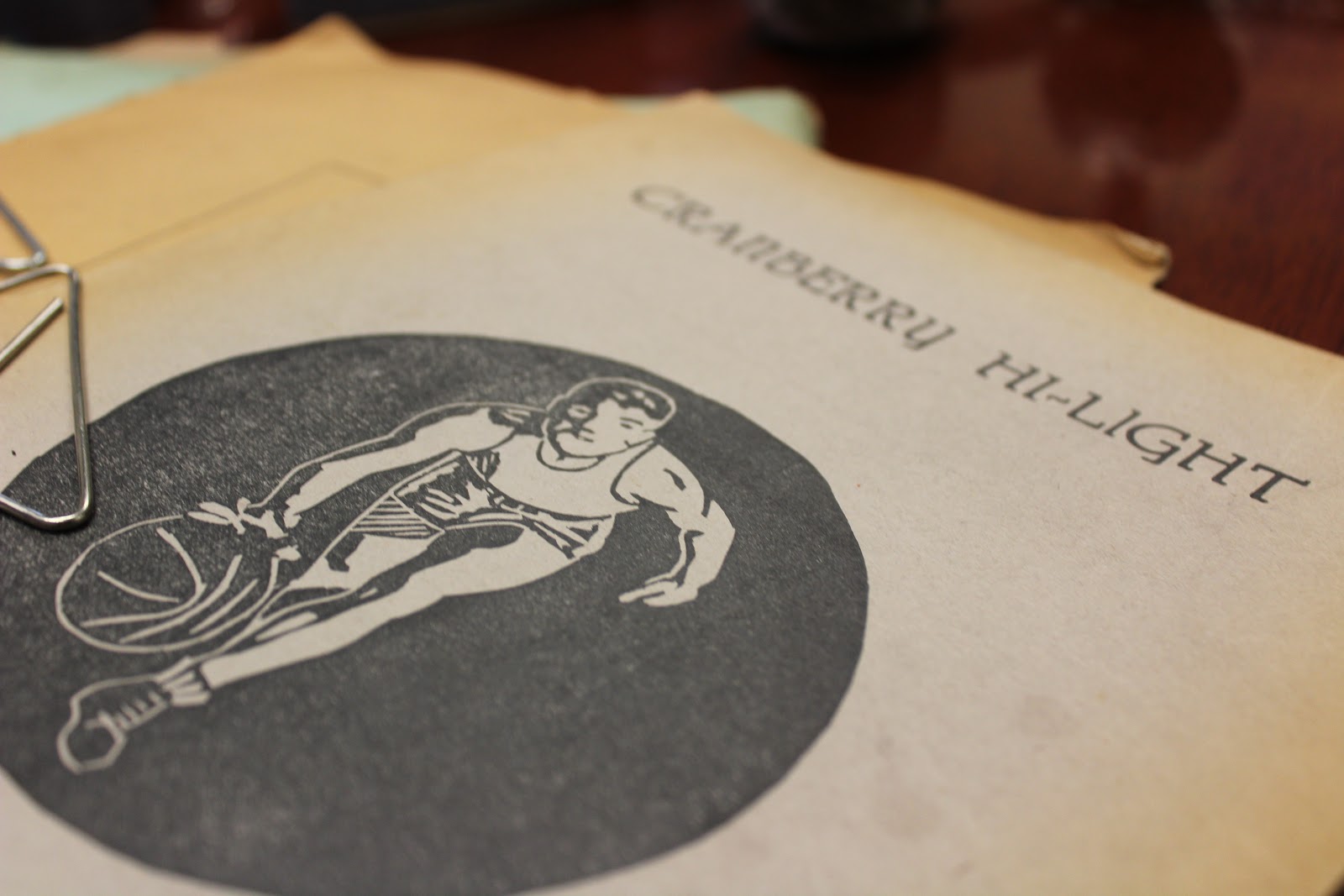 How has time changed for the world of journalism?

Technology has rapidly progressed within the past two decades, and we’re practically living in an entirely different world compared to pre-World War II.

Newspapers found from Cranberry High School circa the 1930s and 1940s gave us the opportunity to prove this and examine them.

This tale began when Linda Sandrock, administrative assistant of the superintendent, reached out with the news that she had been given old Cranberry High School newspapers, from approximately 80 years ago, by her father.

These newspapers were released under the name “The Cranberry Hi-Light.”

According to Sandrock, her father, Richard Mong, has a tendency to store whatever he’d consider artifacts within his garage.

One day, several decades ago, he came across the newspapers at an Oil City resident’s garage sale; he proceeded to purchase them before tucking them away in his archives.

Up until this point, the newspapers were nothing more than collectors of dust.

Her father had the idea to give her the newspapers as she was and still is an employee of the Cranberry Area School District.

Sandrock felt that it would be a waste to store them away considering their historical value.

“I have access to employee archives, but if I put them in files here, then nobody will be able to see them,” Sandrock stated. “I think it will be enlightening to those of us writing articles now to see how our peers of the 1930s wrote and what they achieved via journalism.”

Some of the newspapers date back to the end of the depression and the beginning of World War II.

Upon delving into the content of the newspapers themselves, there are a few similarities to our journalism program at the high school now, along with a vast amount of differences.

It is very apparent in the readings how much stricter the world of journalism has become with word formalities and grammar usage.

As for what is the same, newspapers from as early as December 1936 included reports on upcoming school events, sports events and named students who had made the honor roll.

An interesting note with the honor roll is that it was updated every six weeks instead of every nine, and there was no mention of the principal’s list in any of the old volumes.

The 1930s and 1940s newspapers also included a list of editorial staff, which we in Cranberry Chronicles also do.

Moving on to the differences, the first thing to note is that each volume included a list of sponsors and ads, much like our yearbooks today.

This seemed necessary due to the fact that students, staff, parents, or any other individuals had to actually purchase the volumes: five cents per copy or thirty-five cents per year.

We are fortunate enough today to have free access to an online version of the school’s newspaper, a resource many students at Cranberry High School utilize on a regular basis.

While a few of the businesses advertised still exist in our area today, an overwhelming majority have either closed or relocated. A couple examples of said businesses are D.C. Boyer and Watson’s Barber Shop.

One of the most drastically changed concepts throughout the years is the idea of censorship.

Every single volume of the “Cranberry Hi-Light” included sections more akin to Twitter or Facebook posts rather than an actual newspaper segment.

The primary focus of a lot of the content was gossip circulating the halls of the school.

Several examples of these reports are “Iva Bell, another of our students quit school,” “Joe W. thinks that he has all the girls that he can handle now that he has a car,” and “Why not feed the corn to the productive dumb animals instead of giving it to Harold to throw in arithmetic class.”

There are even quotes included from staff members such as, “We hope you all made some New Year’s Resolutions. One, not to destroy school property. Second, to make the honor roll regularly and to keep out of detention.”

In today’s journalism, a much more professional approach is used.

Nonfactual evidence or opinion-based content isn’t typically recorded, unless quoted or presented in editorials, which are opinion-based.

It also isn’t proper nowadays to quote people without their consent; considering what was written in the old volumes, it is unlikely that this formality was taken into mind.

Looking back onto past journalism, it begs the question as to whether or not we as human beings are too sensitive now.

Journalists and writers have to be very selective of what they’re publishing for fear of backlash or other serious repercussions.

Back in the 1930s and 1940s, a printed insult seemed to be no cause for concern or argument.

Compared to now, it’s almost impossible to express an opinion without offending someone else.

Regardless of people’s sensitivity, these newspapers illustrate the world of Cranberry, Pennsylvania, in a time where many considered life to be simpler.

Reading a volume or two of the content published highlights how vastly our world has evolved in less than a century.

Technological advances from then to now may be evident, but it’s important to realize how far journalism has progressed both in and outside of school settings. 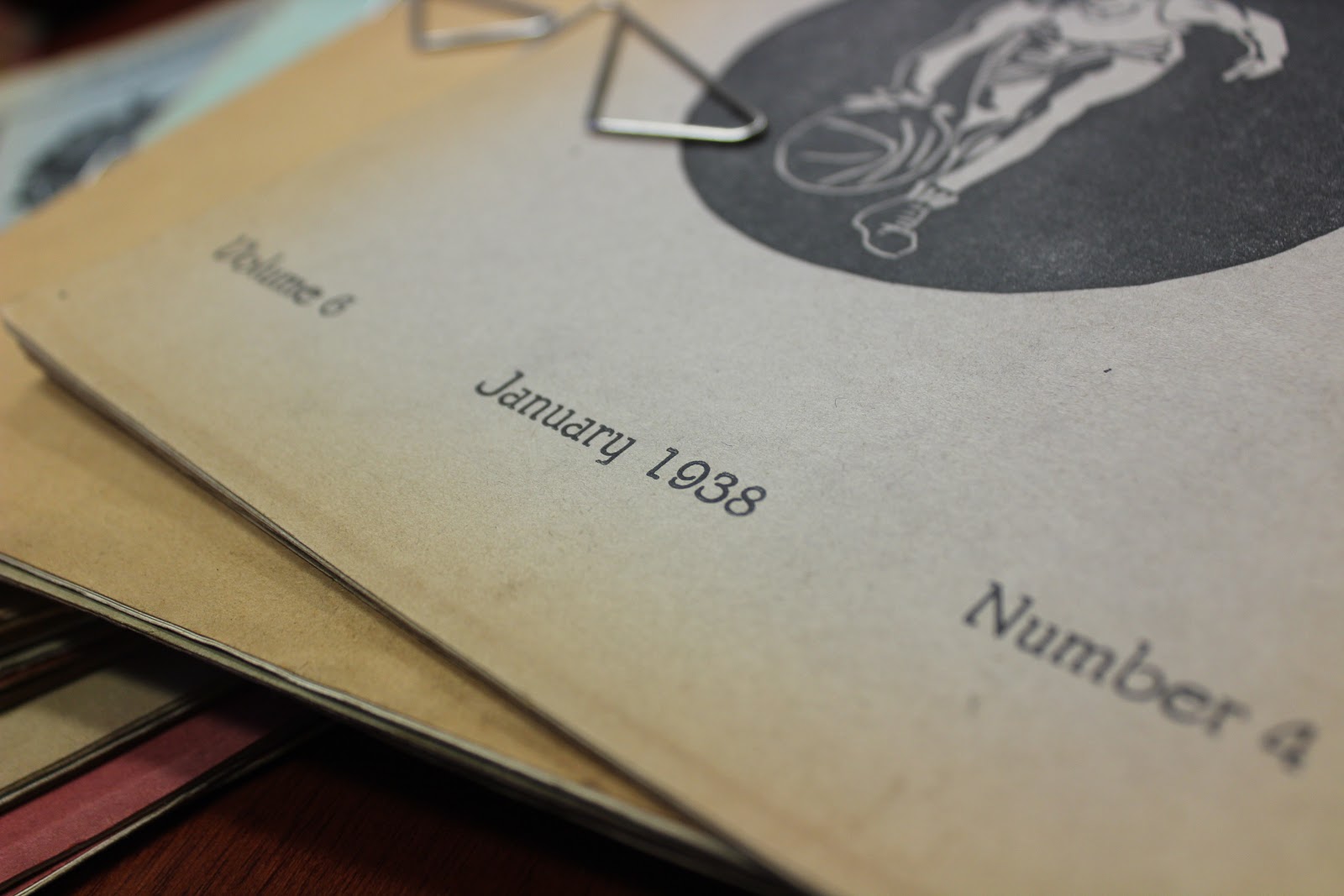 Student written newspaper from the 1930s (By Hannah Niederriter/Student contributor) 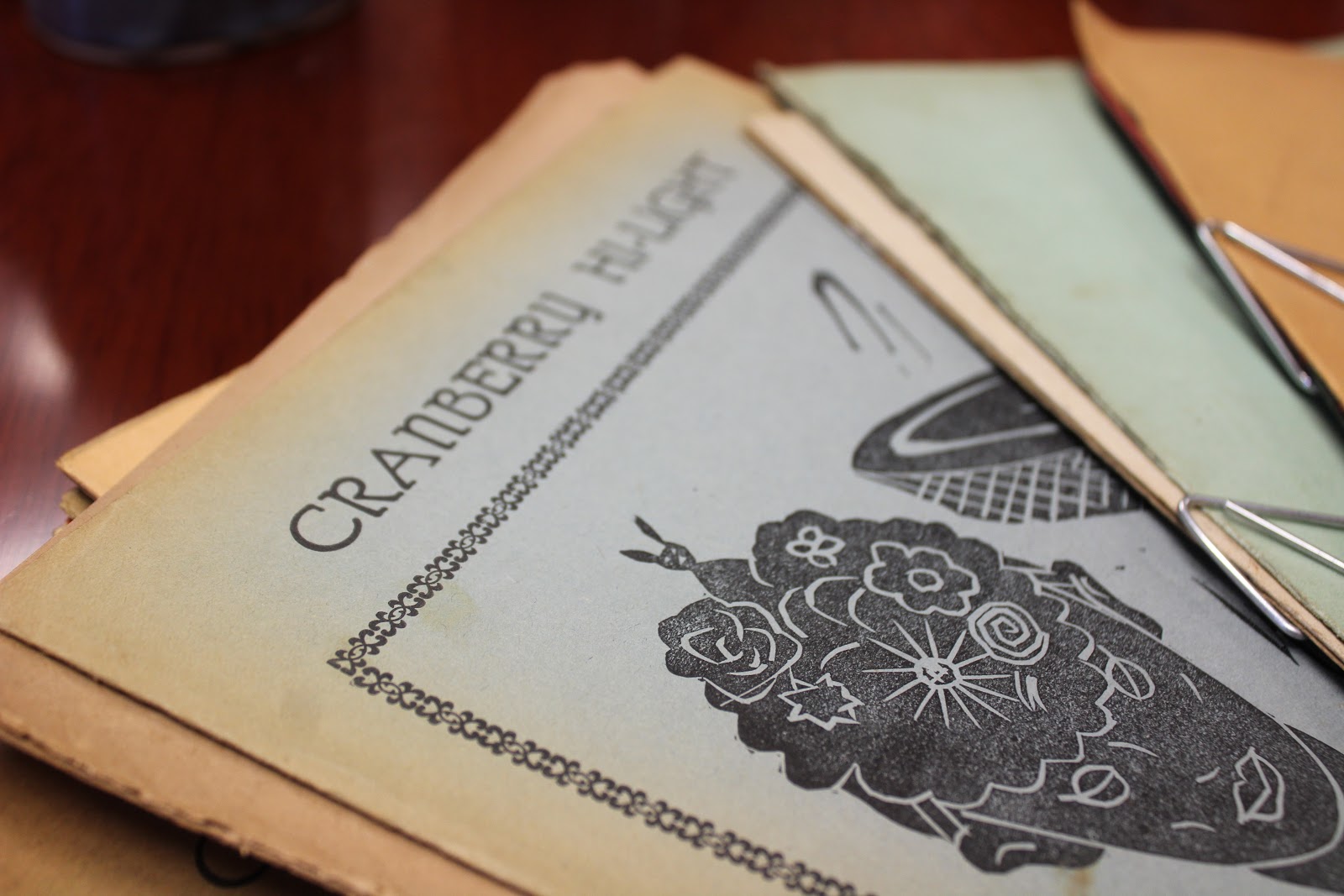 An old school newspaper from the 1930s was recently discovered. (By Hannah Niederriter/Student contributor)