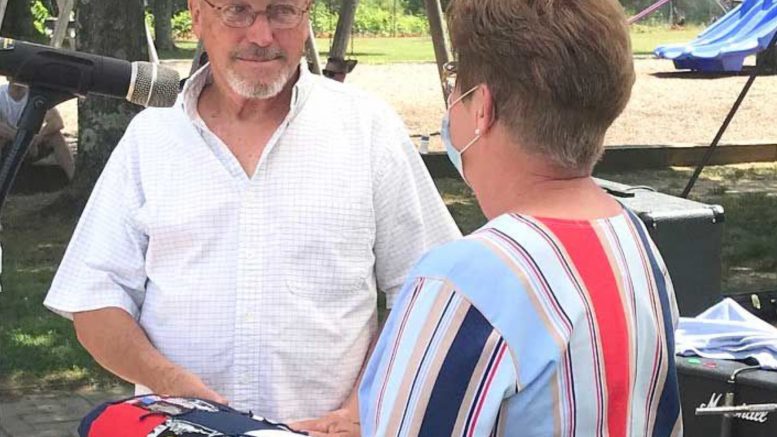 As the Rally 4 America took place in Brookville on Independence Day, an American bald eagle, as if on cue, soared overhead.

The first-ever event in Brookville was hosted by Veterans of Foreign Wars Post 204 and American Legion Post 102.

“There are so many negative things going on in the country, we wanted to host an event that celebrated our nation,” VFW Commander Bill Littlefield said. “We are focused on what divides us, and we should focus on what unites us.”

Firefighters, veterans, active military personnel and members of law enforcement were recognized during the event.